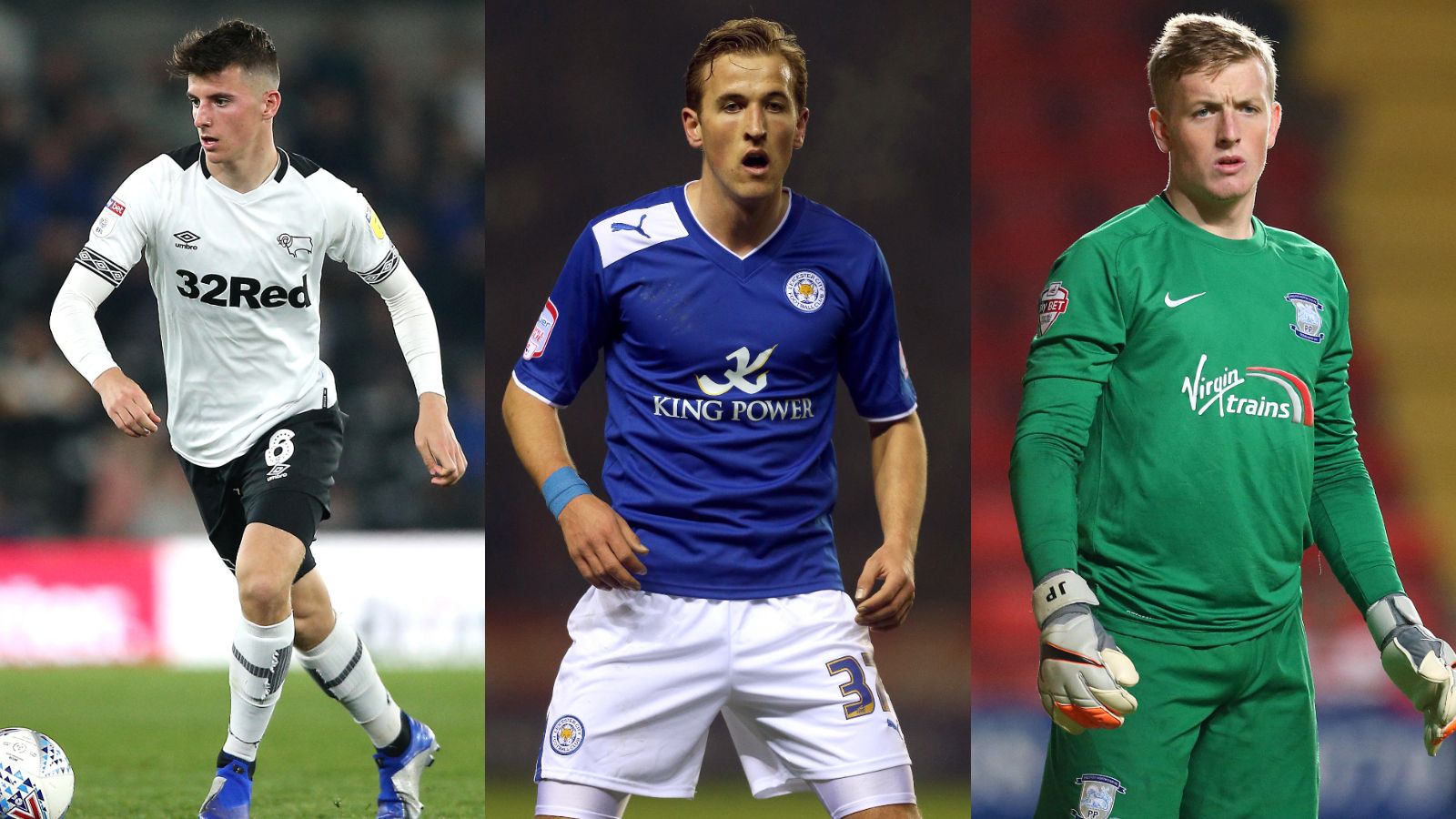 Four players who started for England in their flamboyant World Cup opener against Iran profited from an early-career loan spell or two in the Championship.

Harry Kane’s time away from Tottenham was not much to write home about, but Arsenal and Chelsea stars had a great time in the second tier…

Charlton were battling down the bottom of the table, while Swansea were in contention for the play-offs. The Addicks ended up being relegated and have been in League One ever since, which is obviously Chelsea’s fault for recalling Gallagher in January.

Each loan offered Gallagher something different and helped him grow into the player he is today. But he is clearly at his most dangerous going forward and the Swans used him very well in attacking positions.

Gallagher has since had spells at West Brom and Crystal Palace, which earned him his first senior call-up last season as he thrived under Patrick Vieira.

The 22-year-old is yet to fully show what he can do in a Chelsea shirt. But he has a major role to play for them – and England – in the future if his early-career form is anything to go by.

Harry Kane (Millwall and Leicester City)
The forward’s rise to being the main marksman for both Tottenham Hotspur and England has been extraordinary. But back when he was wet behind the ears, few people would have predicted that his career would hit such heights.

Kane showed promise at Millwall as he scored seven goals in his last 14 appearances to guide the Londoners to safety in the Championship in 2011/12. Then his injury-stricken period at then-Premier League side Norwich City preceded a spell at Leicester City, in which he netted just two goals in 15 outings.

Ten years later, Kane is sitting on 195 Premier League goals. It is also only a matter of time before he overtakes Wayne Rooney to become England’s all-time leading goalscorer as he sits just two goals adrift of the Man Utd legend.

He may even do it in Qatar if he gets his act together and stops being such a team player by providing brilliant assists from a deeper position.

Mason Mount (Derby County)
Often referred to as a teacher’s pet, Mount has been adored by every manager he has worked alongside.

Perhaps nobody is a bigger fan of Mount than Frank Lampard. The current Everton boss afforded the midfielder a chance to shine while he was cutting his teeth at Derby County. Fikayo Tomori was with the Rams at the same time, and both players helped Derby reach the Championship play-off final.

They ultimately fell short but Mount’s obvious natural ability was on display under Lampard as he was involved in 17 goals across all competitions.

Lampard was on the end of some p*ss-taking due to his affection for Mount, but his faith in the youngster has paid off for both men and eventually their beloved Blues.

Mount has grown to be a more well-rounded midfielder in recent seasons as he has become indispensable at Chelsea and under Gareth Southgate for England.

Jordan Pickford (Preston North End)
The Three Lions and Everton number one was sent around the country for various loan moves as a Sunderland youth player before he landed at Preston in 2015.

Pickford was quick to make an impression in the second tier, as he remarkably kept 13 clean sheets in just 24 appearances for a Preston side who were stuck around mid-table.

The 28-year-old was earmarked as a potential England international from an early age and while he’s had his fair share of setbacks, he’s now arguably performing better than ever. A one-time frantic and panic-stricken goalkeeper is now an assured presence between the sticks.

England are spoilt for choice with goalkeepers as Nick Pope and Aaron Ramsdale are both also performing at a high level. But Pickford’s place as one of Southgate’s favourites is absolutely secure.

Kieran Trippier (Barnsley)
Speaking of Southgate’s favourites, here we have Trippier, who had two loan spells at Barnsley between 2010 and 2011 while he was still on the books at Man City. Yes, this was news to me too.

The versatile defender was also initially on loan at Burnley before his move was made permanent in January 2012.

His full season on loan in South Yorkshire set him up to eventually develop into a proven Premier League player and he has outdone himself at Tottenham Hotspur, Atletico Madrid and now Newcastle United.

A leader of Eddie Howe’s revolution in the north east, Trippier continues to be leaned on by Southgate, who clearly trusts the defender more than a certain scouse fella with a double-barrelled name.

Ben White (Leeds United)
One beneficiary of Bielsa-ball was White, who was sensational during Leeds United’s promotion campaign in 2019/20.

The Englishman formed a great partnership with Liam Cooper, who was definitely better in the Championship than he is in the Premier League.

The Yorkshire outfit would have loved to keep White for their return to the top flight but he ended up having one full season at boyhood club Brighton before joining Arsenal.

The Gunners saw enough from the defender to spend £50m on him in 2021. This transfer was mocked by some at the time, but he is one of a growing list of examples of the Gunners being astute in the transfer market.

White could have easily fallen out of contention following William Saliba’s return (do do do do do do), but he has made the right-back position his own this season.

Still only 25, you would back White to get better in the years to become. And this is an enticing prospect because he’s already bloody good…