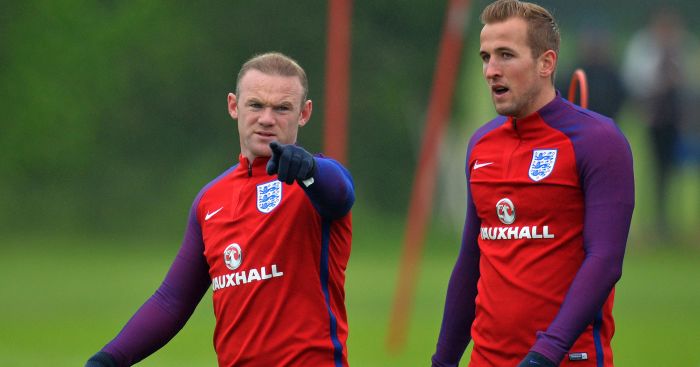 Harry Kane says he would “give” Wayne Rooney the captain’s armband for their friendly match against the USA.

The DC United striker will return to play for the Three Lions in an international friendly next week as he makes a one-off appearance as England fans get the chance to give their leading goalscorer a proper send-off.

Rooney will pick up his 120th senior cap after not representing his country for almost two years and some ex-players aren’t happy about the decision.

However, Kane, who has 19 goals for England will happily hand over the captain’s armband to the Manchester United legend for the match.

“Would I give him armband? Yes of course,” Kane said.

“He deserves it. He was a great captain for us.

“He was the captain when I first got into the squad. If he plays, of course he’ll be the captain. It’s a great experience to have for the younger players in our team.

“I’ve not spoken to Gareth too much about how he’s going to do it or how long he’s going to play but it will be great to see him again and I’m sure he’ll be looking forward to seeing a few of the boys.

“Everyone should get right behind it and it will be a great send-off. It’s a real good thing for everyone to be a part of.

“Wayne was one of our greatest ever England players. He’s our greatest goalscorer and so why not give him the send-off he deserves.”