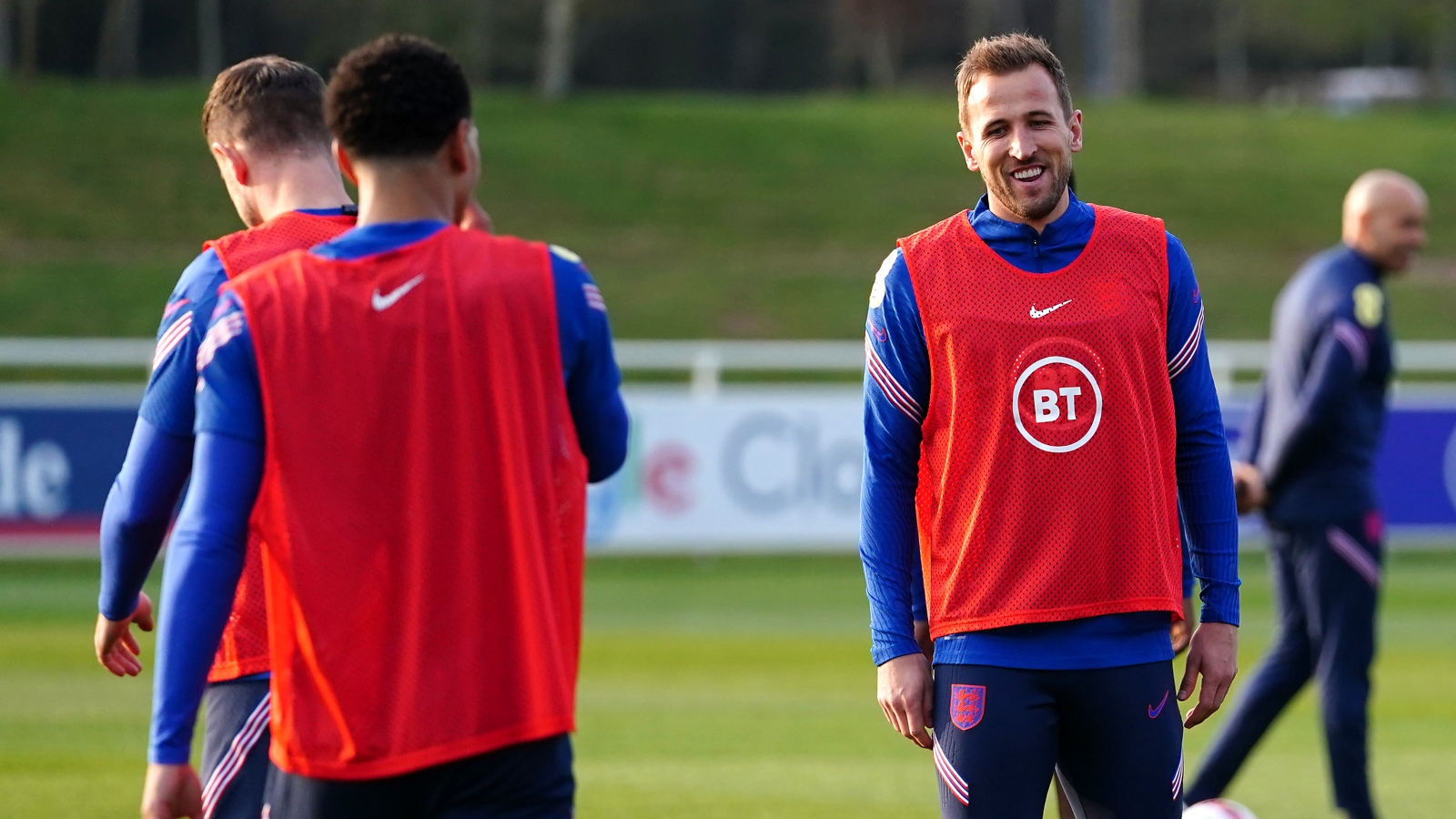 England captain Harry Kane refused to be drawn into speculation about his Tottenham future, insisting he is focused on World Cup preparations and breaking Wayne Rooney’s all-time scoring record.

Having struggled for form after a much-discussed summer exit failed to materialise, the 28-year-old striker has got back in the groove in recent months.

Kane has scored 32 goals in 47 matches for club and country this season, including seven in his last seven Premier League matches, and is sure to attract more admiring glances this summer.

Asked about the potential of his long-term future proving a distraction as the World Cup comes into focus, he said: “Obviously my main focus is just finishing this season, first and foremost.

“We’re still in a competition for the top four and that’s where my focus lies. I can’t control what will happen in the future.

“It is a big year for everyone. Not just me.

“I want to be going into that tournament in the best form possible so it’s just about controlling what I can control and that’s doing what I have been doing the last few months.

“It’s important over the summer to stay focused and I look forward to a fantastic tournament.”

Kane was coy about his future and said he was “not going to get into discussions, personal discussions” with Spurs boss Antonio Conte, who has helped bring the best out of him since his November appointment.

“He’s a fantastic coach and since he came in we’ve got on really well,” the England striker said.

“He brings his ideas to the game, he brings the way he wants me to play, the strikers to play so I have definitely learnt different aspects of my game under him.

“I am in a really good place. I feel like I am in good form but as always I feel like I can keep improving and Antonio is definitely a manager who will keep pushing you to your limits.

“I enjoy having someone like that who is the manager.”

Kane’s focus for now is on what Gareth Southgate wants from him as England kick-off their World Cup preparations with friendlies against Switzerland and Ivory Coast.

There are only a handful of camps before the tournament in Qatar gets under way, meaning time is of the essence as they look to better their 2018 semi-final appearance and Euros final defeat.

“From where we were pre-World Cup 2018 to where we are now, we’ve made massive strides with the squad, with the team, with the connection with the fans,” Kane said. “There is definitely an expectation on us now.

“Obviously the final in the summer still hurts. It still has a bitter taste in the mouth. It gives you more hunger, more fire in the belly to hopefully try and achieve that one step further and win a major tournament.

“We’re working towards that, we feel like we’ve been improving every year and this year is no different. Hopefully we can take big strides into becoming one of the best teams in the history of the England national team.”

Kane is likely to be England’s all-time top scorer by the time Qatar rolls around, with the 2018 Golden Boot winner just five goals shy of Wayne Rooney’s record 53-goal haul.

“Obviously as you all know I want to play as many games as possible but look, I’ll be ready whether I’m playing both games, one game,” he added.

“That record is there, it is close. I’d love to obviously break it and hopefully with the games we have this year, that’ll be possible.

“I’m feeling fit, I’m feeling in a really good place. So, whatever game if called upon I’ll be ready to play.”