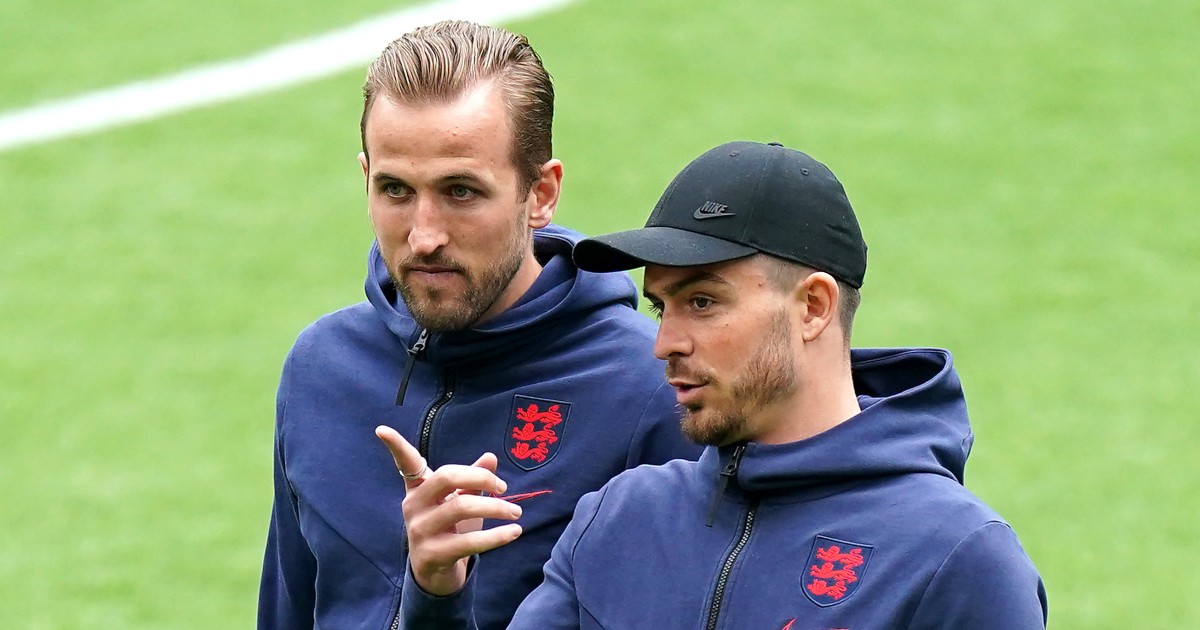 Harry Kane will reiterate his desire to leave Tottenham and join Manchester City during showdown talks with Daniel Levy next week.

It was reported in mid-May that Kane had informed Tottenham that he expected to be allowed to join another club this summer after another season without silverware.

That was followed by an interview with Gary Neville in which Kane said he would have a “conversation” with Levy and decide his own future.

Tottenham have stood firm despite claims they would be willing to negotiate with any teams offering £160m for the England captain.

But the Daily Telegraph believe Kane may try and force the issue when he returns to Tottenham’s training ground on Monday after an extended Euros break for Covid testing, after which he ‘wants talks’ with Levy.

It is then that he will ‘insist he wants to join Jack Grealish’ at Manchester City, who have offered £100m for the Aston Villa skipper.

Kane ‘will reinforce his determination to move in search of the biggest trophies in domestic football,’ determined not to retire as the greatest English player to win f*** all.

Levy is likely to be predictably obdurate despite the player’s wishes, aware of Kane’s irreplaceable ability and the fact his contract still has two years left to run.

“I think it’s definitely a conversation to be had with the club. I want to be playing in the biggest games, the biggest moments. I hope that we can have that conversation,” Kane told Neville in May.

“I’m sure that [Levy] will want to set out the plan of where he sees it but ultimately it’s going to be down to me and how I feel and what’s going to be the best for me and my career this moment in time.