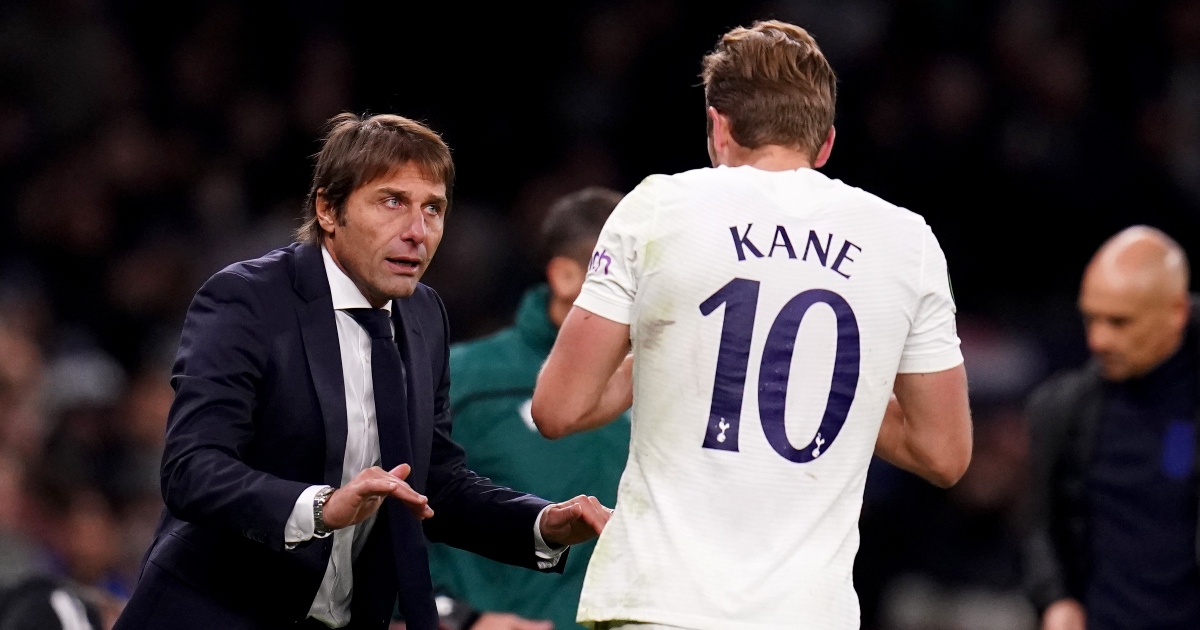 Spurs have 400 million theoretical pounds to spend in January, and we learn what Pep *really* thinks of Man United.

Have your Kane and eat it
In a drab international break enlivened only by some nostalgic Gerrard-Lampard banter, Harry Kane has leapt heroically into the breach and ensured another fresh round of internet gags about his brother and agent-cosplayer Charlie.

The relevant Kane, the one who is (usually) good at his job, is on pretty disingenuous ground in his latest proclamations on what went wrong this summer.

“The media are the media, and I know there’s some stuff that went around and when you know the truth and you know what’s actually happening sometimes, of course, it’s difficult to read certain things,” he shrugged. Fair enough. Must be annoying. Put the record straight then…

“That’s between me and the club. We’ve had discussions about it internally and that’s the way it will stay.”

Far be it from Mediawatch to defend the media, but Kane’s insistence that the media got it all wrong about what he tried to do this summer but then refusing to say what actually happened isn’t particularly helpful. Especially as the accepted narrative everywhere other than with the Kanes himself – that he did report back late to training and that he didn’t have special permission to do so – remains by far the most plausible explanation for those on the outside. Kane is under no obligation to tell everyone what really happened, but if he won’t do that then he can’t also complain that people have got it wrong. And if he isn’t going to give anyone any detail on how nothing went wrong at all between him and Spurs and attempt to go Full Costanza on this, it would probably help if he could start playing like he at least gives a little tiny bit of a sh*t.

Owner goals
Now we will cut The Sun some slack and concede that it is the international break and news can be thin on the ground. Steven Gerrard getting his first Premier League manager’s job feels kind of a big deal, especially with Frank Lampard also close to a return. And, you know, there is an actual England World Cup qualifier tonight. But still. It’s not a top-drawer thrill-a-minute news week.

Nevertheless, it’s still a bit of a surprise to see that the two leading stories in the “TOP FOOTBALL FEATURES” section on their website don’t actually concern any footballers at all. Both are about club owners. Both have the veneer of topicality – one about Villa, who have just appointed Gerrard, and one about the Czech billionaire who has just invested in West Ham. But it still seems a bit of a reach that people would be more interested in dry copy about club suits than, you know, actual football.

The fact the piece on Villa’s billionaire Wes Edens leans heavily on his “top model” daughter Mallory who. apparently, “at 5ft 10in is catwalk ready” and whose bikini-clad photograph accompanies the article about her dad is surely immaterial, as too is the lengthy section about West Ham investor Daniel Kretinsky’s “FAMOUS WAG” who it turns out is a 24-year-old Olympic showjumper.

Spending power
The Daily Mail‘s study into what each club could spend within FFP rules this January is a pretty interesting and thorough piece of work put together for the Mail by the University of Liverpool’s Kieran Maguire from what is clearly incredibly in-depth and painstaking research that gives some interesting clues and information about the spending habits of various clubs. Obviously, that’s all a bit dry and worthy, so instead the Mail have totally sensationalised and oversold it.

Headline: “REVEALED: How much each Premier League club can spend on transfers under FFP rules… Newcastle really have joined the Big Six, Everton are in trouble – but it’s stingy Spurs who would be allowed to splash £400m!”

£400m! No wonder Conte took the job! Spurs are going to buy the title for their new serial winner manager!

Sub-headline: “Spurs have a potential spend of £400m”

They could buy three more Harry Kanes with that money! That trophy drought is as good as over!

Intro: “Financial fair play calculations show that Tottenham have the greatest opportunity to spend big in the January transfer window – and put their season back on track under new manager Antonio Conte.”

Fifth par: “In fact, the north London club could spend up to £400m and stay within the FFP limit, twice the sum available to Arsenal and comfortably more than Chelsea, Liverpool, Manchester United and Manchester City.”

Fourteenth par: “Even so, the potential to spend and stay within FFP does not mean that Spurs either have the money available or the intention to invest it.”

Oh this is going to be good. What did Pep say? I bet he said “Lads, it’s Manchester United” or probably an even cleverer little reference than that quite clever reference we’re quite proud of.

“We have done what we always do, but he didn’t know beforehand if they would play with five at the back, with four, a diamond in the middle [or] with three upfront.”

Gah, we’ve fallen for clickbait again haven’t we? When will we learn. It’s clever this one, though, because everything we know about Manchester United (shambleclub in disastercrisis) and the match in question (easily won by Manchester City) leads us down a path where “what Pep Guardiola thinks of Man Utd” is going to be that they’re sh*t. And there’s a half-hearted attempt in the copy to do so as well, pointing to Pep not knowing how United would play as proof of their own confusion. But that’s retrofitting based on how the game panned out. A meticulous manager like Pep wants to know how the opposition will play. As De Bruyne says, this is a standard part of training – based on Pep knowing how the opponent will play. His failure to know beforehand here will not be something that made him happier before the game, but the opposite.