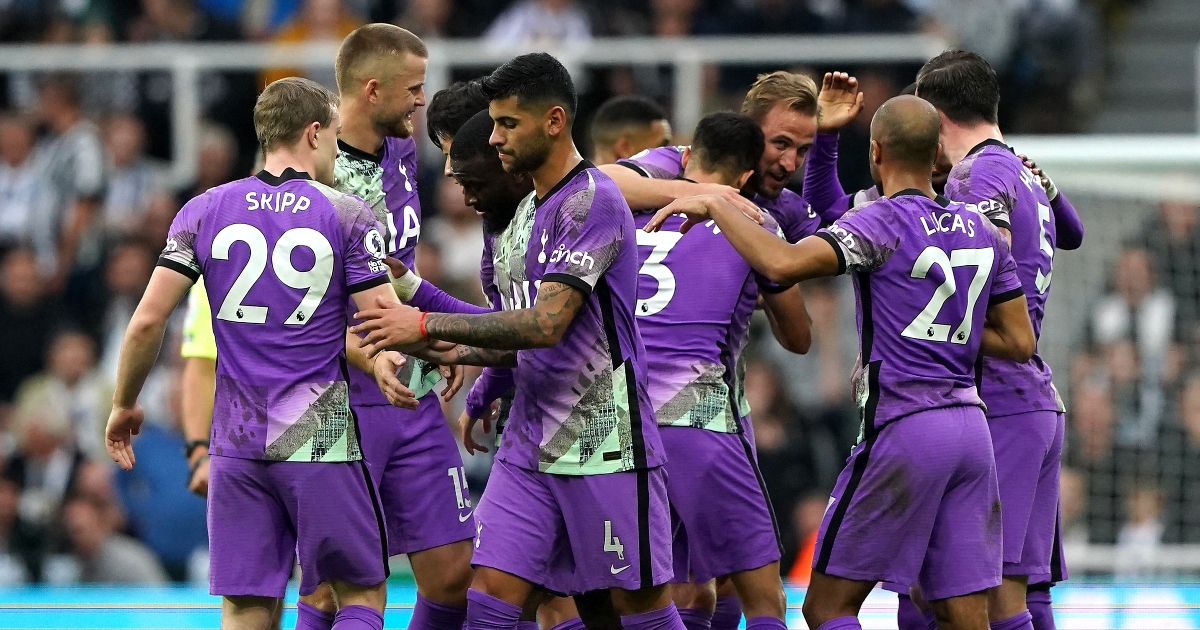 Harry Kane has expressed his delight at how Tottenham controlled the game against Newcastle during their 3-2 win at St James’ Park.

Spurs had to deal with a party atmosphere at St James’ following the hosts’ takeover and the volume was turned up after Callum Wilson gave the Geordies the lead two minutes in.

However, Nuno’s side turned things around promptly and were 3-1 ahead at half-time. Eric Dier’s own goal late on handed the Magpies a consolation.

Kane scored Spurs‘ second of the game after Tanguy Ndombele’s opener. It was the England captain’s first league goal of the season.

And the 28-year-old has hailed the performance of the team, pointing out that they should have scored a fourth or a fifth goal on the day.

“First and foremost I think we want to send our biggest wishes to the guy in the stands. We hear that he’s stable now and it was horrible to see, horrible to witness,” he told Spurs TV following the first-half incident that saw one home fan require emergency medical treatment in the stands.

“10,000 fans in The Gallowgate chanting hero, that was one of the best moments of my life”⁰
Newcastle United fan and A&E Doctor Tom Pritchard tells #BBCBreakfast he wasn’t the only one to assist a supporter who collapsed at the match. https://t.co/78yFt5F7Hq pic.twitter.com/VE2KQryPGc

“Thankfully the medical staff, I think the fans there and some of the players reacted really quickly. Not nice and we just hope he recovers well and we wish him all the best.

“In terms of the game, it was a tough game. We knew they were going to come out with a fast start and obviously them getting a goal early was definitely that. But I thought after that we controlled the game really well.

“We stayed composed, kept possession and created some good chances and obviously took a couple.

“We got the goal just before half-time. Second half I think we controlled the game really well but there was definitely opportunities there with the final ball, the final pass to be better and we could have got the fourth or the fifth.

“In the Premier League it’s just one chance to the other team and they score and stoppage time is a little more nerve-racking than it needs to be.

“Overall a great win for us and hopefully we can take this forward.”