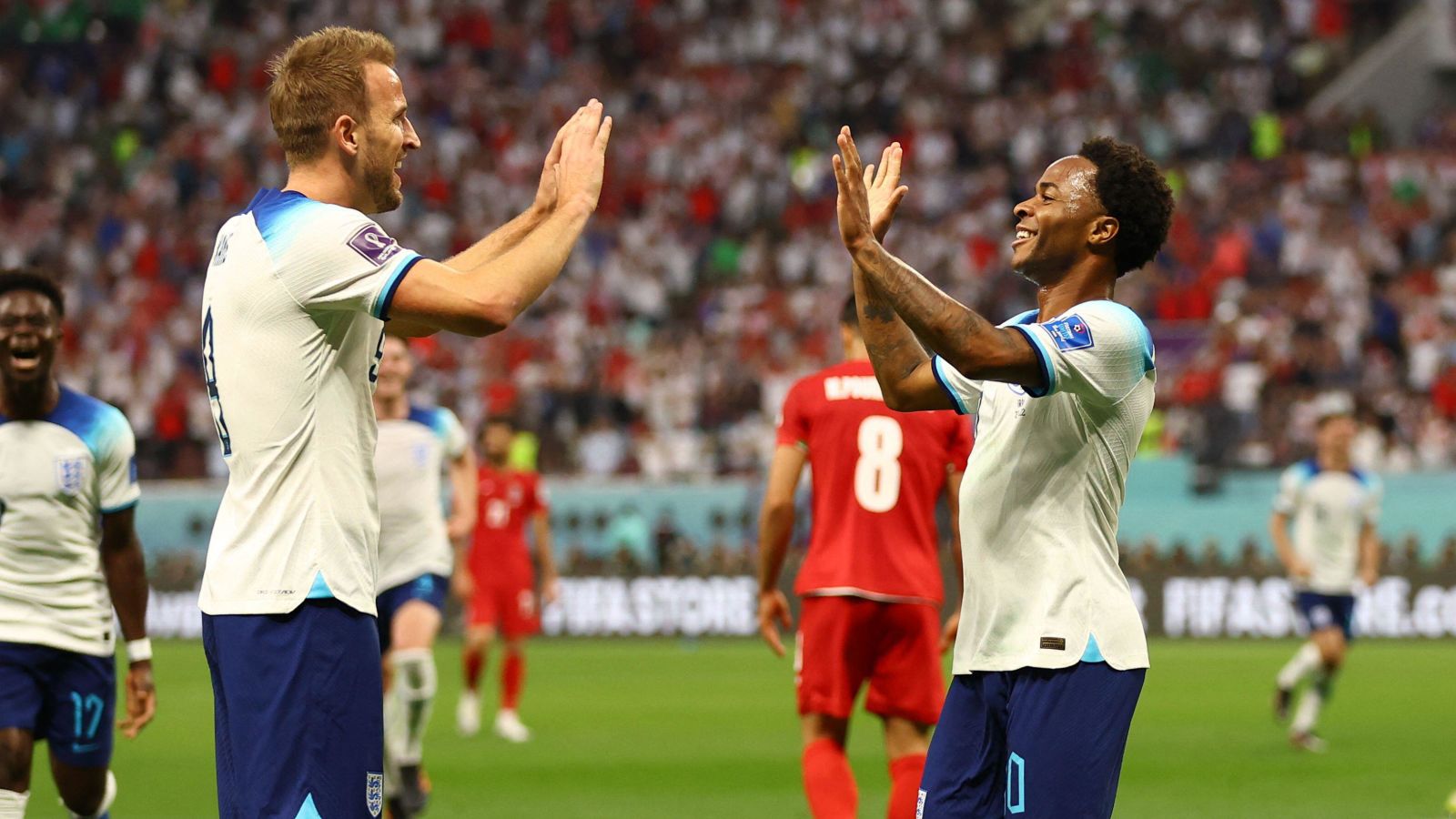 It’s not exactly news that Harry Kane and Raheem Sterling play well together, but the numbers behind their England partnership are pretty staggering.

Before England’s opening game we wondered whether Gareth Southgate’s practical, realistic approach to management, while a double-edged sword, might be just the ticket for this tournament and the unique challenges it presents.

It’s fair to say it’s so far, so good on that front, while Spain – who joined England and France as convincing opening game winners in a round of games not always kind to the fancied sides – showed another thing that may well be hugely important: the ability to resemble as closely as possible an excellent club side.

It was a feature of the great Spain sides a decade ago, whose players were for unsurprising and obvious reasons drawn chiefly from Barcelona and Real Madrid. Even those few national teams capable of coming close to matching Spain for quality couldn’t do so for familiarity.

Against Costa Rica, Spain fielded an all-Barcelona midfield with the absurdly young and offensively gifted Pedri and Gavi doing their bits while Sergio Busquets did Sergio Busquets things behind them. They know each other’s games, and the complementary nature of their strengths and ages all look set to help Spain enormously moving forward in this tournament.

England’s recent improvement under Southgate in major tournaments has often been heavily attributed to the atmosphere and environment he has created. The old club cliques and mutual suspicion of the Golden Generation era are gone, and on England duty the squad has forged a united identity not often seen among England squads.

And nothing better exemplifies this than the extraordinary record of a thankfully non-knacked Harry Kane and Raheem Sterling in England colours.

It’s hard to think of two current players who combine so expertly on international duty having never played club football together.

England’s third goal in the 6-2 rout of Iran was an absolutely textbook example. When Kane peeled right to collect a pass from Jude Bellingham, Sterling set off down the middle. Kane had one look about three strides before delivering his lethal, pinpoint cross. It was all he needed; he knew then where Sterling would be and Sterling knew precisely what Kane was going to deliver.

It was the 16th time they’ve combined directly for an England goal. To put that in perspective, there are only three players Kane has shared more goal combinations with in his entire career, and you can probably work them out without much fuss: Heung-min Son, Dele Alli, Christian Eriksen.

The difference is that Kane has played well over 200 games with each of those three, and only 60 alongside Sterling.

On a minutes-per-goal basis, it becomes even clearer. Despite the obvious excellence of those three players – albeit alas now firmly past tense in the case of Dele – there is no doubt Sterling is Kane’s most effective team-mate.

That’s quite something when you consider that Kane and Son are statistically the greatest attacking partnership in Premier League history until Kevin De Bruyne and Erling Haaland have another year or so at it.

Yet Kane and Sterling’s goal combinations for England come along at a rate of one every 257 minutes. Kane and Son’s goals come once every 324 minutes. It’s a significant difference that cannot be dismissed by the occasional ease of international football. It’s a jump from a goal a bit better than once every four games to better than every three.

The Dele and Eriksen numbers are starker still; a goal every 472 minutes with the former and every 572 with the latter.

Despite playing roughly a quarter as many games and even less training together, Kane has never had a better team-mate than Sterling.

And if you’re thinking of explaining that away by Kane’s club team-mates all being Spurs players and thus, for all their admirable quantities, still a bit Spurs, then that’s dispelled by the fact it’s still true the other way round.

Kane may sit sixth on Sterling’s goal combo chart behind De Bruyne, Sergio Aguero, Gabriel Jesus, David Silva and Leroy Sane, but once again there are none of those pairings that can boast a minutes per goal anywhere near that 257 figure. And that’s for Manchester City, who for most of Sterling’s time were the best team in the country and scored all of the goals.

Sterling and De Bruyne only combined for a goal once every 508 minutes for Manchester City, near double Sterling’s record with Kane. If they can combine for three more goals before this tournament is out – and you definitely wouldn’t rule that out – then Kane will be third on Sterling’s all-time list on pure numbers, never mind minutes per goal.

It is the most obvious reason why no matter how much Sterling’s starting place may come under threat in many people’s minds, it never does in Southgate’s.

It’s not exactly a secret weapon – they are comfortably the two leading goalscorers in an England squad where Harry Maguire takes fourth place – but it’s one that’s been enormously potent for a long time and whose usefulness could have an exaggerated effect in the days ahead.