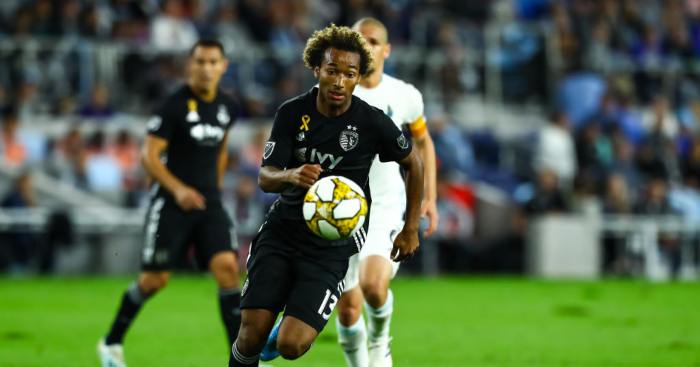 The 17-year-old has had a breakthrough season in Kansas, grabbing four goals and two assists for the club in 31 appearances this campaign.

And speaking at WyScout’s two-day scouting conference in Holland,  Burleson revealed that several clubs are interested in Busio, including Man Utd.

“He’s a great talent. He is a player who can play safely in Europe,” Burleson told TuttoMercatoWeb (via Sport Witness).

“He has great technique, he is a smart player, a box to box and he works hard. For me, if it wants to be successful at high levels, it must change soon.

“If he wants to make a great career, he has to go to Europe soon. Then the technician will decide his future, and I honestly don’t think he will let him go because he is a great talent, a product of our youth sector and a player of which we are proud.

“Inter? Yes, I also know about Manchester United. These are things that came out. We also had an offer, even if not from Inter. But we didn’t let him go.

“I don’t know if and when it will happen, maybe in a year or between two. But what is certain is that the pressure on Busio is always greater, given the many clubs that are coming forward.”