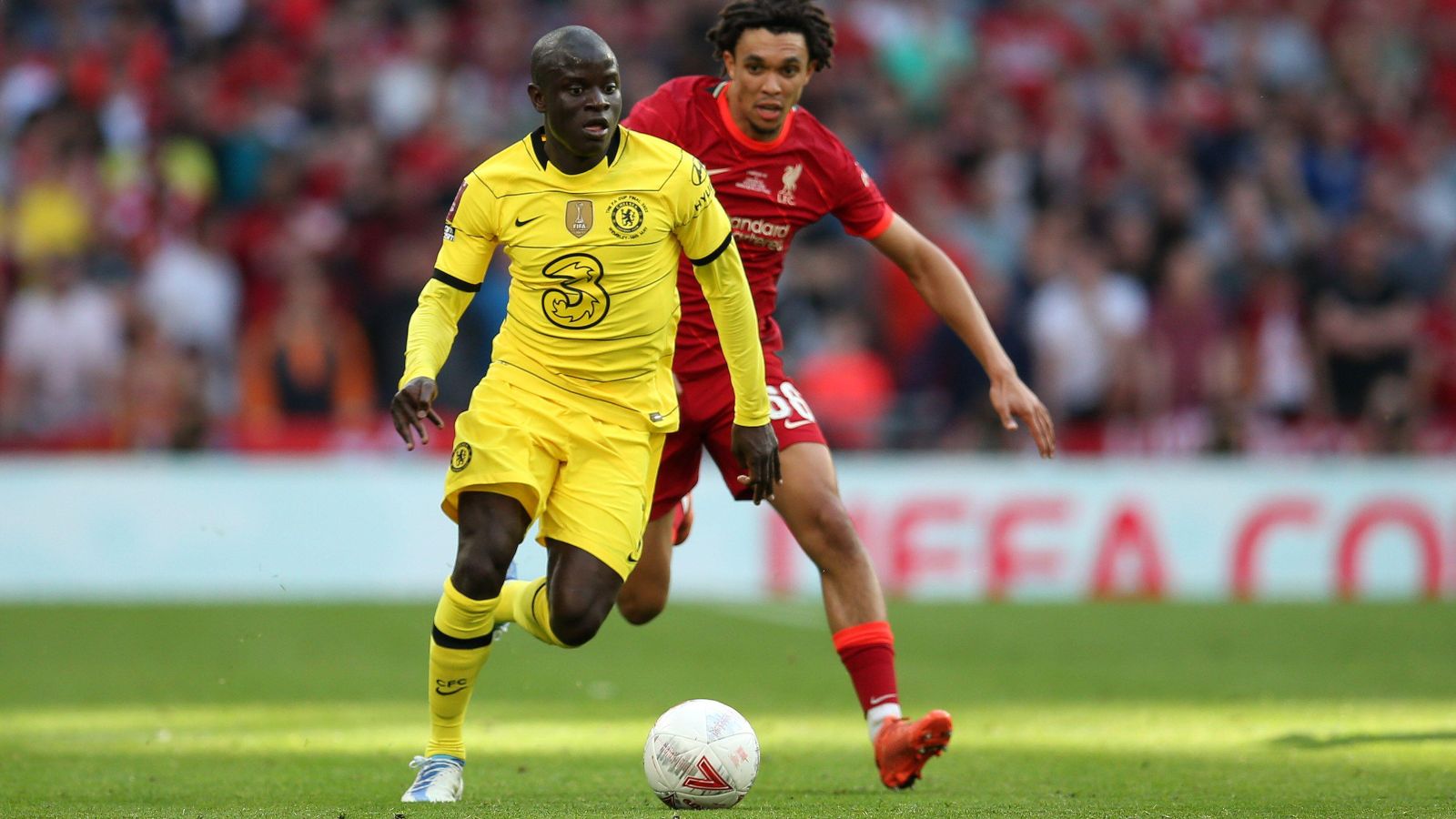 Chelsea midfielder N’Golo Kante insists the only thing on his mind at the moment is finishing the season well amid shock transfer links to Man Utd.

The France international has been brilliant for the Blues since arriving from Leicester City in 2016, winning the Premier League, FA Cup, Champions League, Europa League, UEFA Super Cup and the FIFA Club World Cup.

The World Cup winner has played 258 times over seven seasons for Chelsea, scoring 13 goals in that time, but now there is some speculation he could leave this summer.

There was a report on Sunday that insisted new Man Utd boss Erik ten Hag wants to make Kante his first signing as he takes the reins at Old Trafford.

Apparently Ten Hag thinks ‘drastic surgery’ is required in the Man Utd midfield ‘to become more energetic, decisive and competitive’ with Kante the ideal man to bring those qualities.

Asked about his Chelsea future amid links to Man Utd, Kante told Sky Sports: “The only thing that is sure is that I have one more year on my contract. It’s not really my concern.

Roman Abramovich’s lawyers and UK government are still in talks but remain hopeful of striking a legal resolution to usher through the sale of Chelsea, with a consortium led by US investor Todd Boehly ready to buy the club.

On how the sale has impacted him, Kante added: “For me it was not really tough because it happened so quick. It just happened and the club has to be sold.

“For us, we were just training and preparing for the games. For sure it was a concern but we kept our focus on the pitch as much as we can. We try our best and now we have to finish the season in the best way possible.”

🗣 “The only thing that’s true is I have a one more year contract, this was not really my concern.”

N’Golo Kante on his future as a Chelsea players as he approaches the final year of his contract pic.twitter.com/HwvTboLwtq

Another player whose future at Chelsea is up in the air is Cesar Azpilicueta with his contract expiring at the end of June amid links to Barcelona.

When Chelsea boss Thomas Tuchel was asked whether he hoped the Spaniard would stay, despite outside interest, he recently said: “I would hope strongly, he knows this, he knows it. We are still in the talks to find out the ideal solution.

“We had a lot of these talks because very genuinely it felt like he won everything after the Club World Cup, then suddenly given his personal situation I can understand these thoughts that maybe a cycle is at its end.

“Then it’s a change of ownership and he played only under this owner, in this structure, so it maybe increased even his second thoughts about his situation.

“But then his extension kicked in at the same time and he loves the club, he loves the challenge, he loves to be here and he is our captain. So we are still in a dialogue.”