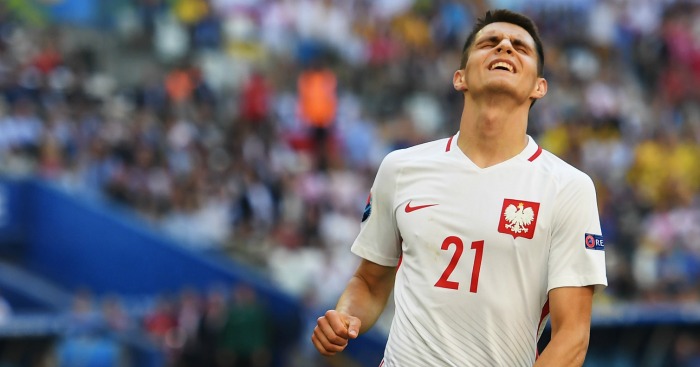 The 19-year-old has joined the Premier League champions from Cracovia in his homeland, putting pen to paper on a five-year contract. If he had signed earlier this week, he might have made it onto our teenagers list.

Claudio Ranieri’s side are currently in Stockholm where they will play Barcelona on Wednesday night in the International Champions Cup and Kapustka has linked up with his new team mates in the Swedish capital.

Kapustka made over 60 appearances for Cracovia, with his displays leading to an international debut for Poland in September 2015 when he came on as a substitute against Gibraltar.

He was part of the Poland squad at this summer’s European Championships in France and produced an impressive display in the opening group game against Northern Ireland.

Kapustka is the fifth new arrival at the King Power Stadium during the close season following the arrivals of Luis Hernandez, Ron-Robert Zieler, Papy Mendy and Ahmed Musa.