Home Arsenal Karanka: ‘Better’ Chambers will go back to Arsenal 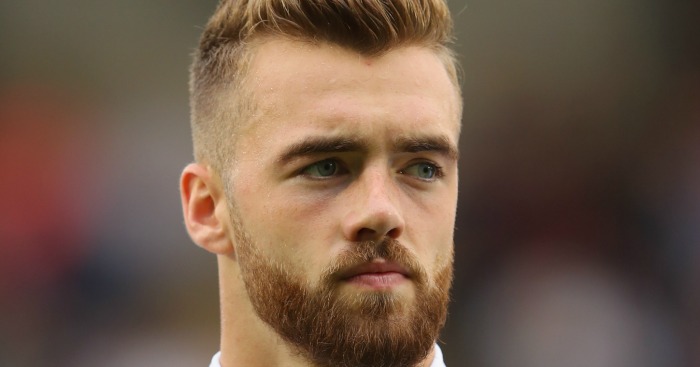 Middlesbrough boss Aitor Karanka has vowed to send Calum Chambers back to Arsenal a better player than when he left.

The 21-year-old England international arrived at the Riverside Stadium on a season-long loan deal as the summer transfer window drew to a close having found himself surplus to requirements at the Emirates Stadium.

However, Karanka is convinced a man who cost the Gunners £16million when he moved from Southampton two summers ago will return to North London having benefited from his time on Teesside.

Asked if Chambers had something to prove, the Spaniard said: “He has come here to help us. I brought him here to help him because at the end of the season, the main thing is that we can stay in the Premier League and Calum can go back to Arsenal as a better player.

“Always the marks are at the end and for that reason, I think the marks will be good because he is a good player. He is coming to help us, to put pressure on different players and as a really, really good alternative for me.

“I have had a lot of experience with players who have come here and maybe they hadn’t played the games they expected to play, but after coming here they went back to their clubs having lived an amazing experience and improving.

“Sometimes it’s true that you have to play a lot of games, but sometimes players who haven’t played here went to other places and came back better players. It’s the same thing when we send players on loan.”

Chambers could be handed his Boro debut in Saturday’s Premier League clash with Crystal Palace at the Riverside, and his versatility across a back line which had already been significantly strengthened by the additions of Antonio Barragan, Bernardo Espinosa and Fabio da Silva plus keeper Victor Valdes is part of what attracted Karanka to him.

The head coach said: “Sometimes in the market, you can find bargains. We were waiting until the end because the squad was almost complete and we were waiting for the right player.

“Calum ticks all the boxes – he can play in different positions, he’s a really good player, he’s a good kid, so he was really important for us at the last moment and for sure he is going to be important at this club.”

Chambers could be joined in the squad for the first time by 20-year-old winger Adama Traore, who completed a permanent move from Aston Villa on deadline day.