Home All The News Karanka: Boro should relish playing against the best 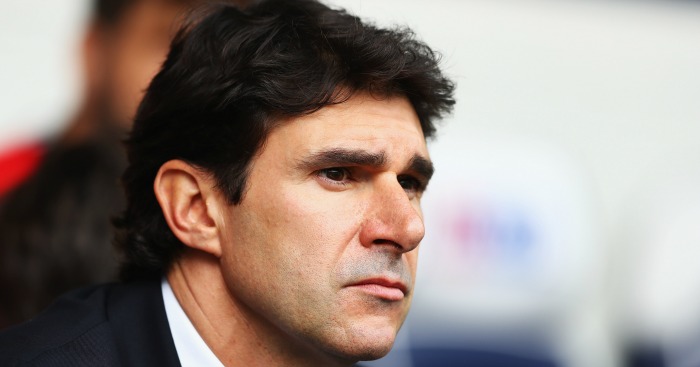 Aitor Karanka has told Middlesbrough to relish coming up against some of the best players in the world as much as he did as they attempt to get to grips with the Premier League.

Boro head for Everton on Saturday determined to bounce back from last weekend’s 2-1 home defeat by Crystal Palace, which was inflicted in part by £27.5million striker Christian Benteke’s first goal for his new club.

This time around, it is Everton’s £28million forward Romelu Lukaku who is likely to pose the main threat after he ended an 11-game run without a league goal with a hat-trick at Sunderland on Monday evening.

However head coach Karanka, who won three Champions League titles as a player with Real Madrid, insists his men should look forward to the challenge of mixing it with the best.

He said: “It’s the thing we have been working for. As a player, I preferred to play against the best players in the world because if you are playing against them, it is because you belong at that level.

“For that reason, I am really pleased to be here. I know it’s not the same to prepare the game against Everton or against Tottenham the following week when we preparing last season for Championship teams.

“But it’s a good challenge and if you want to improve and you want to be successful, you have to do it.”

Boro’s loss at the hands of Palace was their first since returning to the top flight and after two seasons of winning more often than not as they forced their way out of the Sky Bet Championship, that could have come as a culture shock.

However, while Karanka makes no bones about how tough this season is going to be, he is confident his players can handle the shift in emphasis.

He said: “I think they know. They know because they are not stupid and they know we are playing against the best teams in the world.

Spaniard Karanka, who will make late calls on strikers Cristhian Stuani and Jordan Rhodes who are doubts with groin and knee problems respectively, will go head-to-head with Toffees coach Ronald Koeman having admired him from afar in his glory days as a player at Barcelona.

He said: “He never played against my team – I was younger! But I know Ronald Koeman as a player was amazing.

“I played as a central defender and for me, he was an example. Those years when he played at Barcelona, they won the Champions League here at Wembley, he scored, so he is a good reference.”