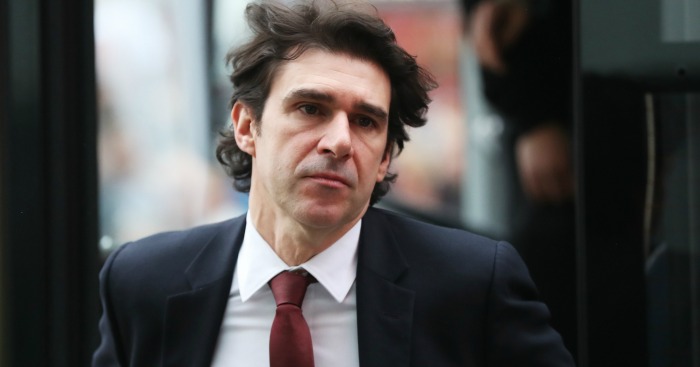 Leeds must move on from the surprise of Garry Monk’s resignation and begin their hunt for a new manager which could lead them to Aitor Karanka.

New owner Andrea Radrizzani, in office for just two days, was left to explain his “shock” at Monk’s decision to walk out after a year in the job, appearing to snub a long-term stay in the process.

Radrizzani, who upgraded from co-owner to owner when he bought Massimo Cellino’s 50 per cent stake on Tuesday, had indicated he would trigger a one-year option in Monk’s deal before thrashing out a longer one.

He said on Thursday that would have been a three-year stay, but in a statement of his own Monk said he had been “unable to agree a suitable way forward” with the Italian.

That in itself raises questions given Monk also said he had “intended to remain at Leeds for many years to come”, meaning on paper the two parties seemed in sync.

However, Radrizzani will wake for his third day in charge of the club with his former manager the favourite to take over at Middlesbrough and their former boss the favourite to move to Leeds.

United, though, may not have a clear plan in place just yet given the nature of Monk’s exit. Staff at Elland Road believed Monk would agree to Radrizzani’s plan and it is understood when he visited the ground on Wednesday he gave no indication that he would be quitting inside 24 hours.

Leeds learned of the news just before lunchtime and said they were disappointed they would “not continue on this journey together”.

Radrizzani had his say in a tweet, adding: “Shocking news from GM. We were keen to do 3 years deal. We never receive any request from him and his agent. No regrets, we did our best”.

There may be no regrets from the new owner but there certainly are from the club’s fans.

After two years of chaos under Cellino, Monk was the man who tamed the ‘manager eater’. That he evaded Cellino’s prolific axe only to resign two days after the Italian’s departure is a curiosity hard to overlook.

During his one year in charge Monk bucked a trend of finishing mired in mid-table, something any Leeds manager since Simon Grayson in 2011 had failed to do. An attractive style of football and a best points total since 2006 made an extension of his stay feel a formality on the outside.

Inside, though, there was unhappiness at how the season ended. Leeds were play-off certainties at worst in January but one win in their final eight games saw them fall at the last. Monk hailed the season a success but Radrizzani felt the outcome was disappointing.

Karanka’s name leads the betting to replace Monk and the link is obvious. He guided Middlesbrough to the Premier League a year ago before leaving in March. At Boro he worked with Victor Orto, the head of recruitment who left on Wednesday and is expected to join Leeds himself.

United are switching to a more continental model of operating, with new director Ivan Bravo, formerly of Real Madrid – where Karanka also served – playing an influential role. The club have not committed to the link, but it is hard to ignore.