Home All The News Karanka: Everton will face much-improved Boro 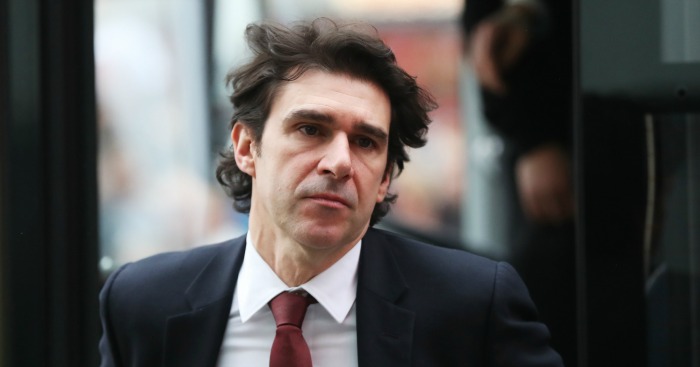 Aitor Karanka will send Middlesbrough into Premier League battle with Everton thankful for the lesson they were taught when they met for the first time this season.

The two sides will resume hostilities at the Riverside Stadium on Saturday with Boro sitting just a single point clear of the relegation zone and knowing they need to end a run of seven games without a win if they are to fulfil their season’s minimum aim of securing a second top-flight campaign in the wake of their hard-earned return.

Boro travelled to the blue half of Merseyside on September 17 having tasted defeat just once in their opening four league games and – despite taking the lead – lost 3-1 as Everton hit back in devastating fashion.

Head coach Karanka said: “We realised how difficult the Premier League was that day because we competed against Everton in the second half, but for 15 minutes in the first half, they were much better than us and we couldn’t compete.

“After that game, we’ve improved a lot. It’s difficult to score goals and create chances, but we’re improving a lot, and we’re competing against every team.

“We had a chance to beat Tottenham last week and we are more mature and more experienced now than then.”

The defeat at Spurs – which came courtesy of a second-half Harry Kane penalty – means Boro have collected just three of the last 21 points they have contested and although they sit in 15th place level on 21 points with Leicester and improving Swansea, they are just two better off than basement boys Sunderland.

Perhaps more worryingly, they are five adrift of Bournemouth in 14th with a gap opening up and the bottom six in danger of being marooned.

If they are to remain in touch this weekend, they will have to find a way to stop in-form Everton frontman Romelu Lukaku, who took his tally for the season to 17 when he scored four times in the Toffees’ 6-3 victory over the Cherries last weekend.

Lukaku scored his side’s third against Boro in September and also struck in last season’s 2-0 Capital One Cup quarter-final win at the Riverside.

Asked how the Belgium international could be shackled, Karanka admitted: “It’s difficult. We’ve played against him twice, he scored twice, in the cup and against us in the league.