Home All The News Benzema on Giroud: ‘You don’t compare Formula 1 with karting’ 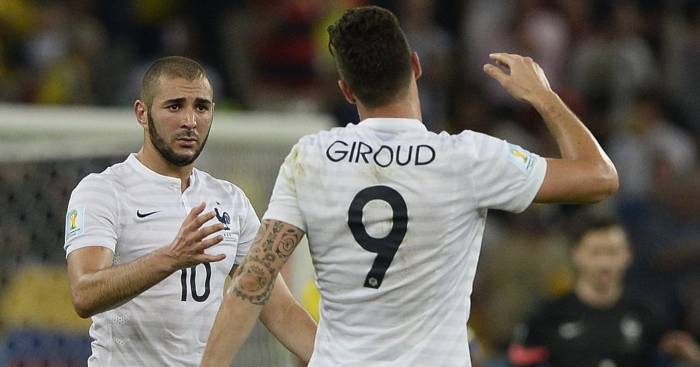 Giroud led the line for France as they won the 2018 World Cup, while Benzema has not played for his country since before Euro 2016.

The Chelsea striker has 39 international goals compared to Benzema‘s 27 for the national team but there is no doubt that the Real Madrid man has had a better season for his club.

“You don’t compare Formula 1 with karting, and I am being nice,” Benzema said on Instagram Live.

“It works because he is there, that is the only reason. It won’t be spectacular, he won’t do something amazing, but he has his thing.

“Aside from that, does everyone like the way he plays? I don’t know.”

Giroud’s contract at Chelsea is up in the summer and he revealed earlier this month that he is now keen on an extending his stay in West London.

Asked if he would now like to sign a new deal at Stamford Bridge, he said: “Yes. Yes. Yeah, of course.

“There are a few months to go, games to win and maybe another trophy, and after, you know, I think I have two (or) three nice seasons in front of me. It’s not the time to talk about contracts and everything but I will take a decision when it comes.”