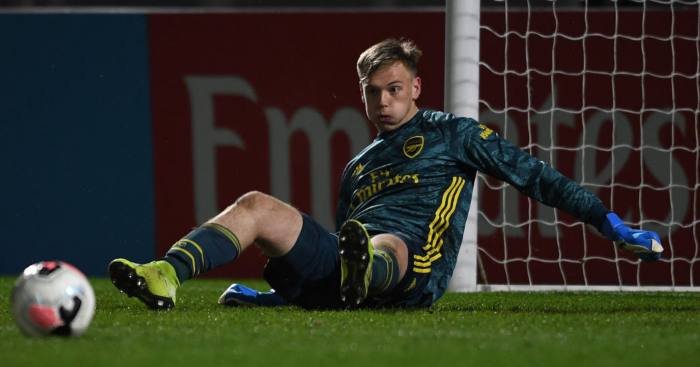 Arsenal under-23 goalkeeper Karl Jakob Hein has explained why he rejected a move to Man Utd in order to move to the Emirates Stadium.

The Estonia under-21 international moved to Arsenal in 2018 on a free transfer from Nomme United with a number of big clubs interested in his signature, including Man Utd.

Hein has already played for both Arsenal’s under-18 and under-23 sides as he continues to impress the north London coaches.

OPINION: F365 Says: Selling Aubameyang for £30m would be foolish…

And the 18-year-old has revealed that he rejected Man Utd to join Arsenal despite spending three days at the Old Trafford club.

Speaking in an interview with the Estonian FA (via Sport Witness), Hein said: “Manchester United’s offer was a shock, because it’s such a big club and I admired Edwin Van der Sar and their 2008 team, whose videos I’ve watched on YouTube. Therefore, at first, it seemed a little bit unbelievable that I would have the opportunity to go to that club.”

On why he chose Arsenal over Man Utd, Hein added: “I went to every club to show myself. I was at United for three days, in other clubs for a little longer. The first impression might have been deceptive, but it seemed to me that discipline and the organisational side, as well as other details, were at a higher level at Arsenal.

“In Manchester, for example, transport was always late, which is why I was late for training. The reception at Arsenal was very friendly and the club left a very good impression, because, let’s be honest, there was no difference in terms of level because both Arsenal and United are among the top in the world.”