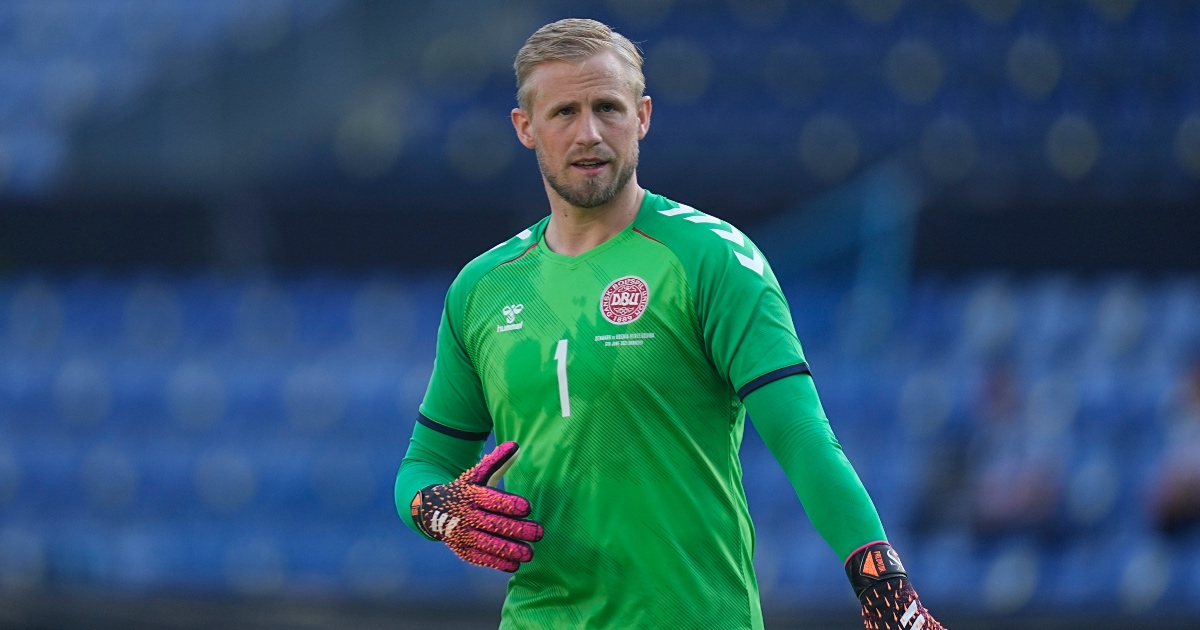 Denmark goalkeeper Kasper Schmeichel admits it was “damn nice” to see Christian Eriksen smiling and laughing when he visited him in hospital.

The Leicester star said seeing his team-mate in such good spirits was also a help to him after the trauma of witnessing Eriksen collapse and be resuscitated following a cardiac arrest on the pitch in their Euro 2020 opener against Finland.

Schmeichel pledged the team would do everything they could to win the tournament for Eriksen.

“It was damn nice to see him smile and laugh and be himself and just feel that he is there. It was a great experience and something that has helped me a lot,” he told reporters at the Danish team camp.

The goalkeeper added to broadcaster DR: “We’re still in the tournament. Now, we have to try to see if we can win this and do it for Christian and do it for all the fans who sat with us and were just as powerless in the situation as we were.

“I have no doubt that this team has the unity, the strength to be able to come together and go out and do something special.”

Schmeichel also joined the growing chorus of criticism of UEFA for its handling of the situation, with Denmark told to either resume playing or return the following day to finish the match.

“We were put in a position which I personally don’t think we should have been put in,” he said.

“It probably required that someone above us had said that it was not the time to make a decision and maybe should wait for the next day.”

Team-mate Martin Braithwaite agreed, adding to reporters: “You could have wished for a third option in this situation.

“None of the options were good. We took the least bad one. There were a lot of players that weren’t able to play the match. They were elsewhere (mentally).”

Schmeichel’s father Peter, himself a former Denmark goalkeeper, said the players were unfairly backed into a corner.

He said: “They were left with three options: one was to play immediately and get the last 50 minutes played, one was to come in yesterday at 12 noon and finish the 50 minutes and the third option was to forfeit the game, 3-0.

“So work it out for yourself. Is it the players’ wish to play? Did they have any choice really? I don’t think they had.”

UEFA defended its handling of the incident, and said in a statement: “UEFA is sure it treated the matter with utmost respect for the sensitive situation and for the players.

“It was decided to restart the match only after the two teams requested to finish the game on the same evening.

“The players’ need for 48 hours’ rest between matches eliminated other options.”