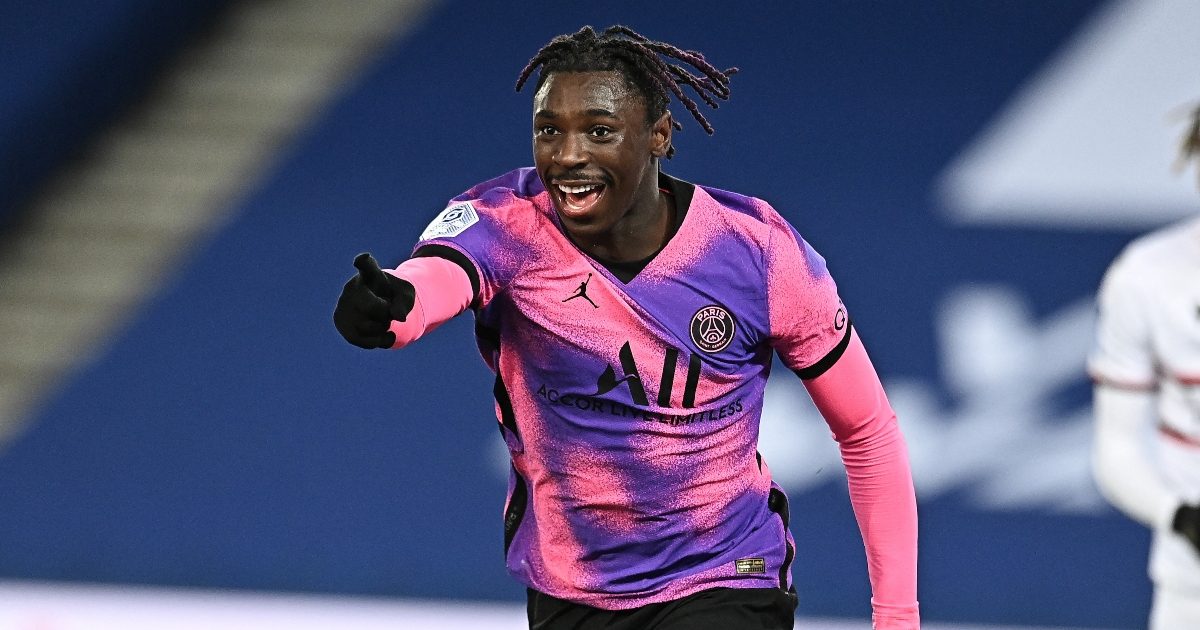 Paris Saint-Germain are keen to sign Moise Kean permanently this summer – but are unwilling to pay the £43million Everton are demanding.

Kean is on loan at the French giants after a miserable first year at Everton.

He scored just two Premier League goals for the Toffees following a €27.5million move from Juventus and was beset by disciplinary problems.

FEATURE: Will Watkins be more Kane than Nugent after England debut goal?

However, he has reignited his career in the French capital, scoring 17 goals in 33 games, including a strike against Barcelona in the Champions League.

His impressive form has sparked the interest of former club Juventus.

But, according to CalcioMercato, the Italian has made it clear he is not interested in a second spell at the Old Lady.

And, with prospects of a Goodison return also looking bleak, PSG are keen to make the loan deal permanent.

“The great confidence” of his team-mates at the Ligue 1 side and a “great relationship” with manager Mauricio Pochettino are behind his desire to stay in Paris, say CalcioMercato.

PSG have already “started the mission” to turn Kean’s loan deal into a permanent one.

The Blues are prepared sell the 21-year-old for the right price which would open up room in the squad for a new striker.

They have made it clear any negotiations will start from £43million, a fee PSG seem unwilling to pay.

Sporting director Leonardo is “working with Everton to ‘find a solution,” according to CalcioMercato, haunted by memories of missing out on the striker in 2018.

Leonardo was technical director at Milan when Kean opted for Everton over Italian giants AC and Inter.

A deal between the Toffees and PSG would certainly be in the interests of all parties – Everton are keen to secure the funds needed to bolster their attacking options.

There could be a late twist, though, with Milan still believed to be interested in landing the Vercilli-born striker.