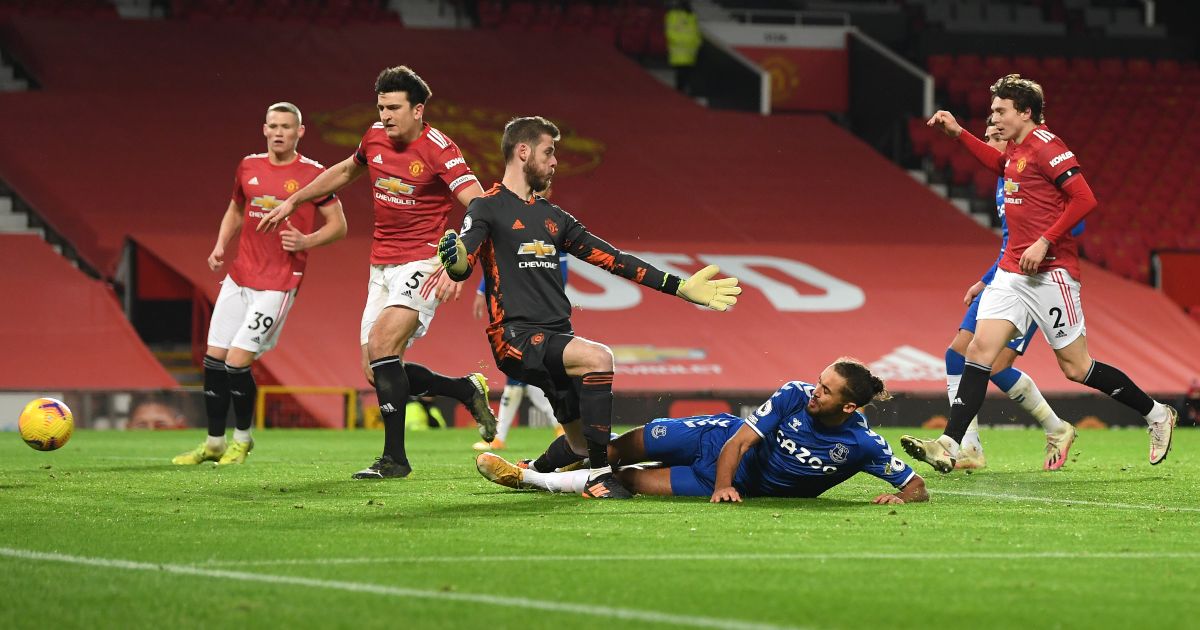 Just days after thumping nine-man Southampton 9-0, the Red Devils were on course for another Old Trafford victory having recovered from a poor start to the second half.

Man Utd went into half-time with a two-goal cushion thanks to Edinson Cavani’s header and a sublime Bruno Fernandes effort, only for Abdoulaye Doucoure and James Rodriguez to draw Everton level within seven minutes of the restart.

Scott McTominay put the hosts back ahead, only for Dominic Calvert-Lewin to react quickest when Lucas Digne’s stoppage-time free-kick was flicked on to seal the Toffees a 3-3 draw.

“I’m surprised really, we weren’t thinking this over the last 12 months that United could challenge Manchester City, but I think they’ll be the best of the rest,” Keane told Sky Sports.

“But they’re capable of scoring lots of goals. It’s not great but we said after the Arsenal game a few weeks ago, we didn’t have that feeling watching the game with that group of players.

“Obviously when Ole came out with it last night that he didn’t feel they are ready to win the league. I just think if you’re playing for Man United and you’re up near the top you’ve got to believe you can win the league title.

“Or what’s the point of being at Man United? You might as well go to a mid-table team, you’re at Man United to win titles, it’s as simple as that. I don’t tolerate this idea.

“Particularly with the position they are in, they’ve got goals in their team but again defensively, particularly the goalkeeper, I’m certainly not his biggest fan, two goals last night, the one thing you want from your goalkeeper is courage and he didn’t show that for the equalising goal. Not a good sign.”