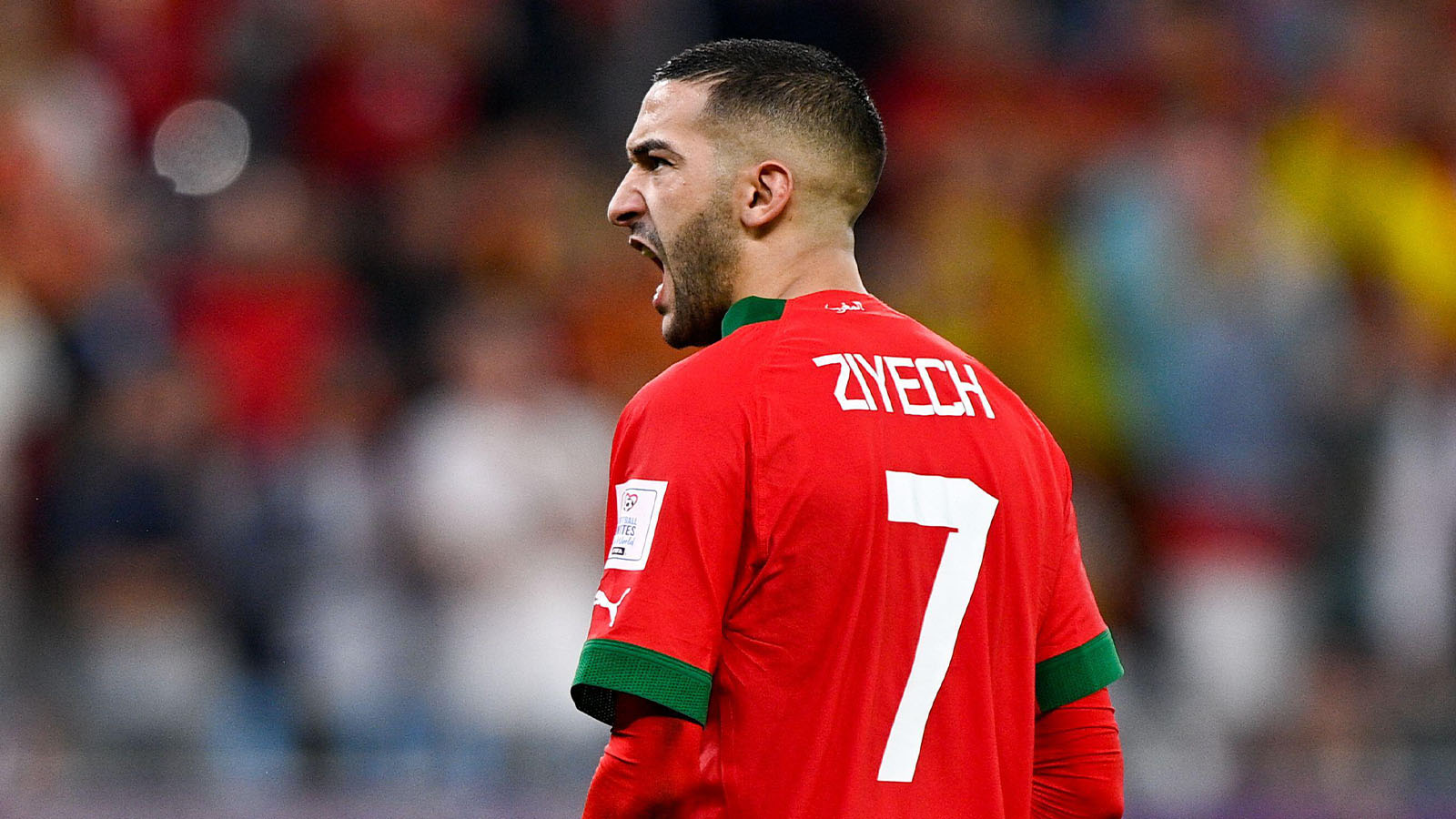 Roy Keane has praised the role Hakim Ziyech has played in Morocco reaching the World Cup quarter-finals after their triumph over Spain.

It’s no secret that Ziyech has been out of favour at Stamford Bridge this season. The 29-year-old has only started in one Premier League match this season.

Across all competitions for Chelsea this season he has only played 272 minutes of football, with the majority of his appearances coming from the bench.

The winger has looked back to his very best at the World Cup though. He has played a vital role in Morocco’s system and has impressed plenty of pundits.

Keane has been the latest to praise the Chelsea man, admitting that he looks like a different player when playing for his country.

“Morocco have been tenacious, strong, and aggressive this tournament, sitting deep but doing well when they have the ball,” Keane explained on the SkyBet YouTube channel.

“They have been brilliant, and I didn’t see it coming. Hakim Ziyech seems like a different player – it’s a different environment, sometimes players struggle at club level, but the World Cup and international football can suit other personalities better.

“Ziyech looks like a big personality for Morocco, and you don’t see that at club level for Chelsea. I don’t think much of Achraf Hakimi’s dinked penalty to win it. It was easy, because they had two other chances after that – it’s not like that was the decider.”

Since joining Chelsea in 2020, Ziyech has struggled to replicate the form he had previously showcased at Ajax.

The winger has been heavily linked with a move away from Chelsea with Manchester United among the clubs considering a move for him.

The 29-year-old has shown flashes of quality throughout his spell with Chelsea, but he has not managed to nail down a regular starting spot.

Last season he made just 14 Premier League starts and scored four league goals. He is best utilised in a free role on the right-hand side where he can cut onto his left foot.

Since moving from Ajax his creative numbers have dropped significantly, perhaps as a result of his game time.

There’s no doubt that Ziyech is a very talented player, as he has showcased at the World Cup, but perhaps Chelsea was not the right environment for him to thrive in.

Next up for Ziyech and Morocco is a quarter-final clash with Portugal on Saturday.