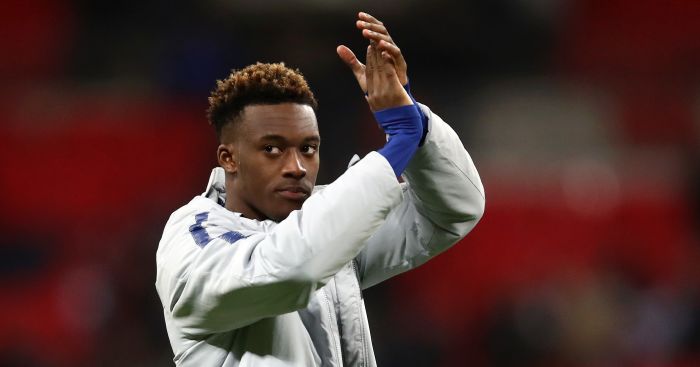 Former Tottenham forward Robbie Keane has advised Callum Hudson-Odoi to leave Chelsea for Bayern Munich for the good of his career.

The 18-year-old had a good match for the Blues as they lost 1-0 to Tottenham in the first leg of their Carabao Cup semi-final on Tuesday night.

Speculation is mounting over his future with Bayern rumoured to have put in a fourth bid of £35million Hudson-Odoi, while he has no intention of signing a new deal at Stamford Bridge.

When asked if Hudson-Odoi should leave Chelsea, Keane told Sky Sports: “Yes I would say. If someone is offering that amount of money for you, you have talent. Look at what they’re doing in Germany, giving young English players opportunities.

“Why don’t they give them opportunities [in England]? Look at what happened with Liverpool and the 16-year-old [Ki-Jana] Hoever. Brilliant.

“But then is he to go back to the youth team and lose that progress? ‘There’s a big opportunity for the kid tonight, but why not [move to Bayern Munich]?”

Following Hudson-Odoi’s performance against Tottenham, Maurizio Sarri said: “He played like a player of 25, 26 years, I think. A very good match.”