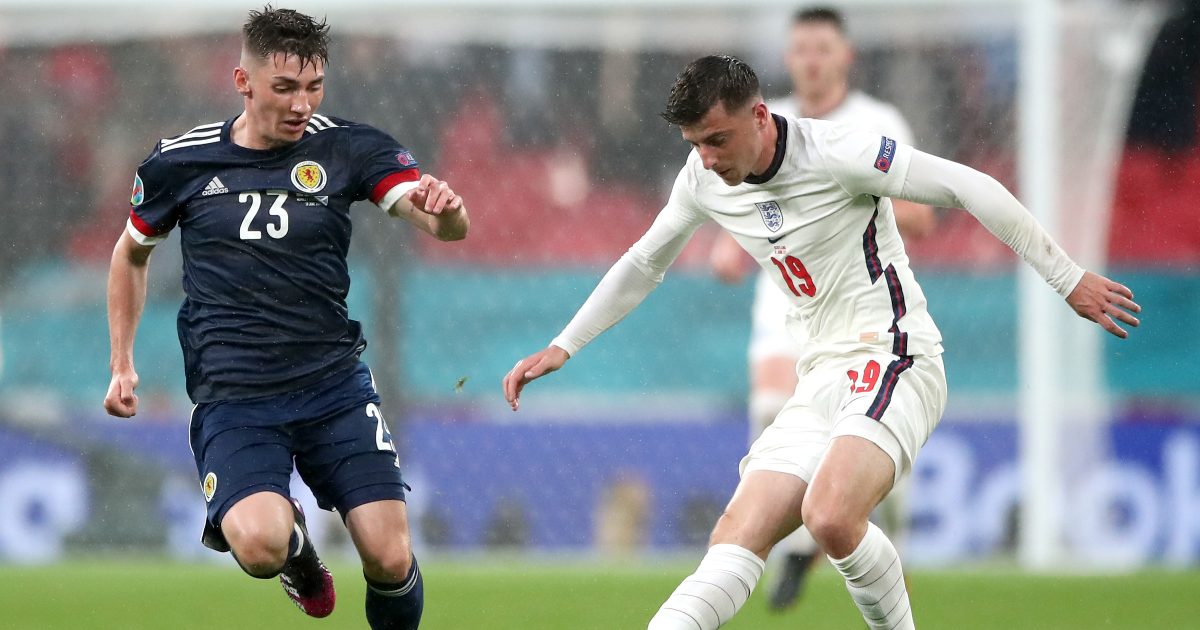 Roy Keane has joked that he “rarely speaks to anybody for over five minutes” after Mason Mount and Ben Chilwell were made to self-isolate after coming into contact with Billy Gilmour.

England duo Mount and Chilwell have been forced to enter self-isolation after coming into contact with Gilmour after Friday night’s game against Scotland.

On Monday it was confirmed that Gilmour had tested positive for COVID-19.

Are England in crisis, chaos, turmoil and disarray?

Mount and Chilwell’s self-isolation ruled them out of England’s final Group D game against the Czech Republic. Their isolation period runs until the end of Monday, June 28.

If they beat the Czech Republic to secure top spot, they would be available for their round of 16 tie as that takes place on Tuesday (June 29).

But if the Three Lions finish second in their group, the duo will be unavailable for that game as that will take place on June 28.

They are also likely to be unavailable if they finish third in Group D, as their knockout stage tie will be on Sunday (June 27) or Tuesday.

Gary Neville has labelled the decision to make Mount and Chilwell isolate an “absolute joke”.

Both players have said that they are “gutted” to be ruled out.

Speaking on ITV ahead of England’s game against the Czech Republic (as cited by The Evening Stanard), Keane said:

“I think the only thing I’d be critical of is why would you want to speak to an opposition player – I don’t care if he’s your team-mate or not – for over 20 minutes?

“I very rarely speak to anybody for over five minutes… after a game where you’ve just been to war against somebody, why you’d want to chat to somebody for that long.

“They could have used a bit more common sense.”

Elsewhere, Jadon Sancho’s England omission is said to be “gnawing away” at him:

The Daily Mail have reported that Sancho is trying to ‘maintain his usual bubbly disposition but privately the lack of minutes and opportunity is gnawing away at him’.

He was ‘particularly aggrieved about being omitted from the 23 for the opening fixture against Croatia’.