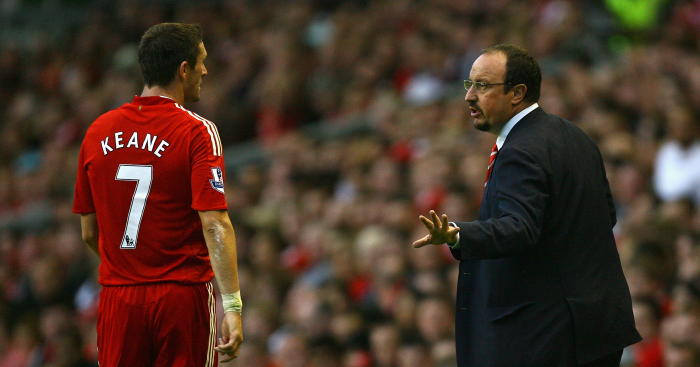 Robbie Keane says that Rafael Benitez trying to convert him into a left winger is the reason his move to Liverpool failed.

Kane was signed from Tottenham for £19m in 2008, with the intention of helping Liverpool to a serious title challenge.

However, Keane would score only seven times for Liverpool, who he described as his boyhood club after the move. That would become a theme.

In an interview with journalist Graham Hunter on his podcast, Keane opened up about why his dream move went sour.

“He wanted to change me to a left winger,” Keane said of Benitez.

“I am clearly not a left winger, and that is obviously clear for everyone to see.

“The first 20 minutes he wanted me to play left wing, and obviously I had never played it before, so it was new to me.

“When I did play up front I scored goals. But when I did play, I wasn’t going to play the next day, which for a striker is very difficult.”

“He tried to turn me into something I’m not, and that was always going to be a recipe for disaster as someone used to scoring goals.”