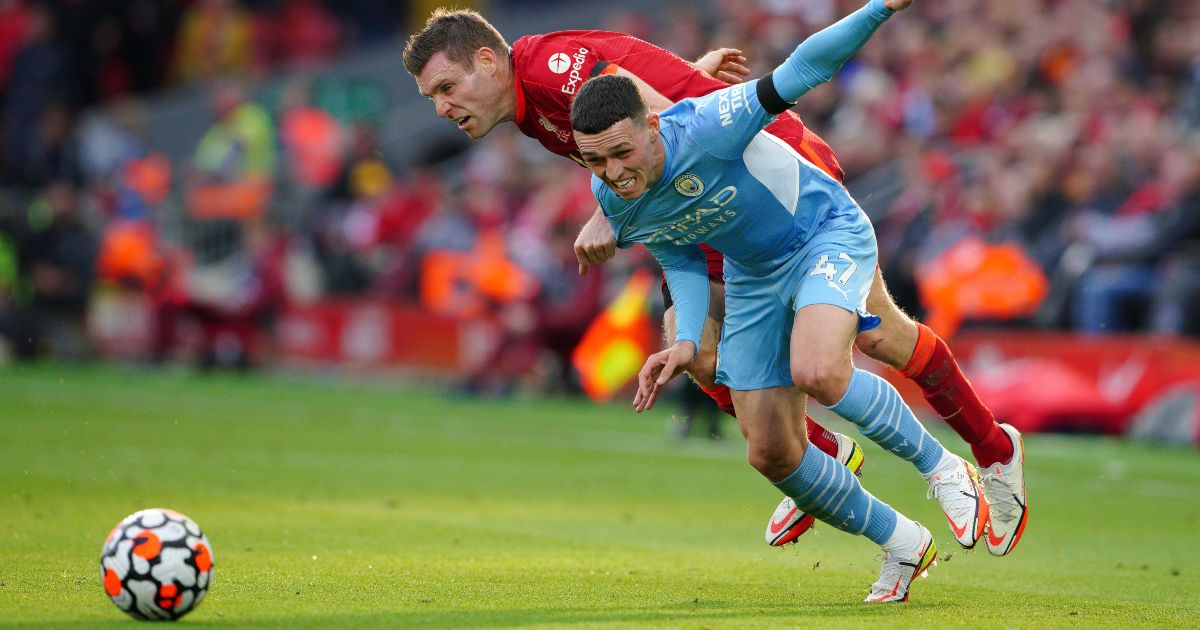 The versatile Reds player was deployed at right-back against Pep Guardiola’s side as Liverpool were held to a 2-2 draw at Anfield.

Foden cancelled out Sadio Mane’s opener for Liverpool before Mo Salah scored a brilliant goal to make it 2-1 with just 14 minutes left to play – but there was still time to equalise as Kevin de Bruyne struck late on.

Guardiola was incensed that Milner wasn’t shown a second yellow card for a challenge on Bernardo Silva in the second half, with Jurgen Klopp substituting him for Joe Gomez shortly after the incident.

Milner, who is one of the most experienced players in the Premier League, struggled to contain Foden, especially in the first half and Keane claimed the former Leeds United man will be “glad to see the back of” Foden.

Despite being the better side in the first half, Foden was “happy to get the draw” with Anfield one of the most difficult grounds to get a result at.

Foden said: “It’s very difficult to come here with the fans. It’s one of the most difficult grounds to come to and we dealt with it really well today.

“It had it all. It was end-to-end at times. I twa such a brilliant game and we stuck in there to the end. We’re happy to get the draw and on another day we could have took the three points.

“It was disappointing not to go in at half time ahead but we kept the momentum when we came out in the second half and we dug in there.”