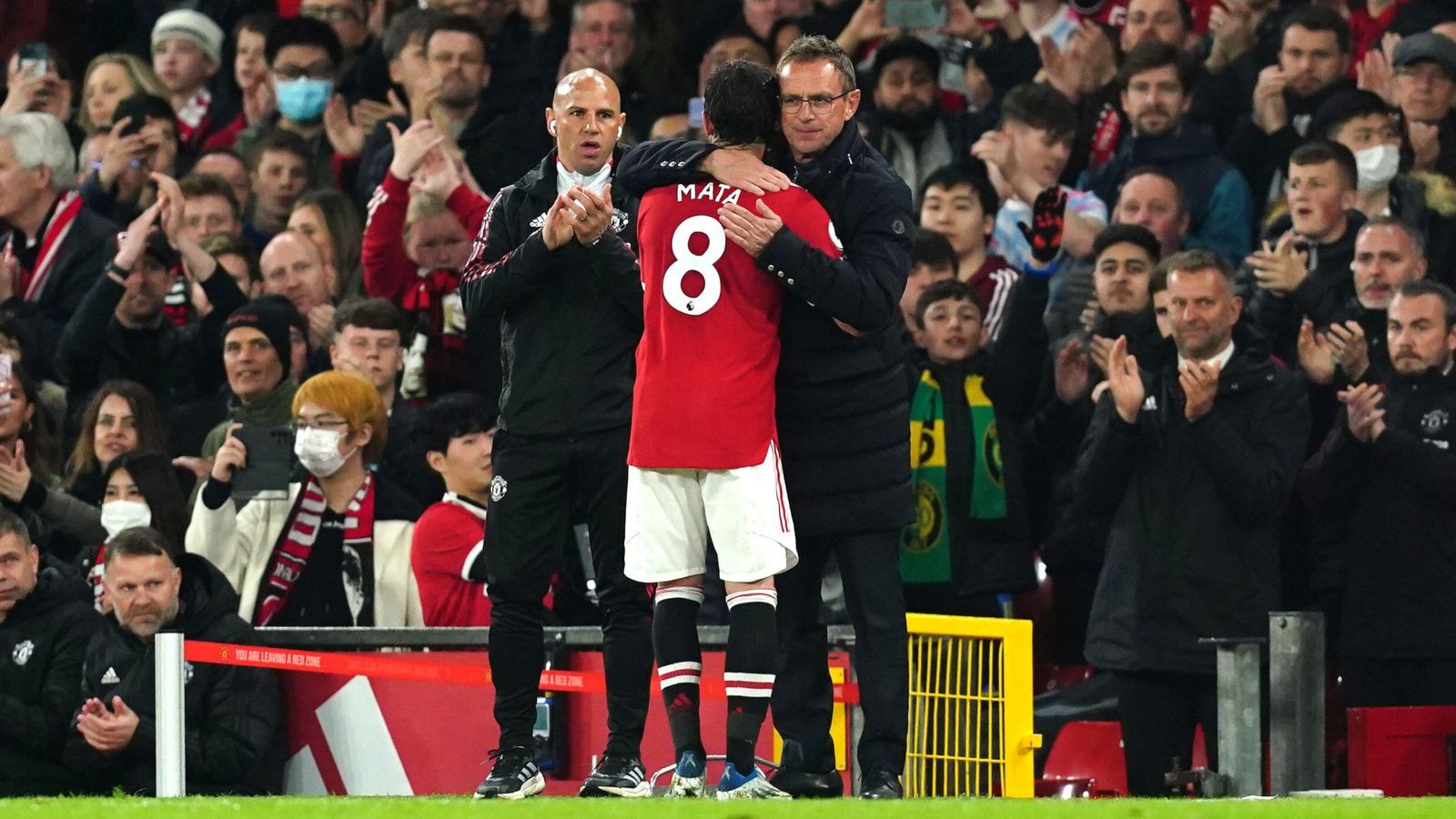 The Spaniard produced a good performance for the Red Devils on Monday as they beat Brentford 3-0 at Old Trafford with goals coming from Bruno Fernandes, Cristiano Ronaldo and Raphael Varane.

Mata was making his first Premier League start of the campaign with the 34-year-old starting just three of his ten appearances in all competitions this term.

The decision by interim boss Rangnick to start Mata frustrated Man Utd legend Keane who thinks the German is “giving players a run-out for the wrong reasons”.

“I’m surprised. It’s his first start of the season, he obviously knows he’s leaving the club. There’s some loyalty there, giving him a run-out.

“He came on for 20 minutes the other night but starting a game is much different. It tells you where the mindset is. They are giving players a run-out for the wrong reasons.”

But Rangnick was pleased with Mata’s performance against Brentford and when asked whether he could’ve used him more often, the Man Utd boss replied: “Yes, maybe it was the first game he played from the beginning, [but it] also had to do with the opposition in this position and in the last couple of weeks he was one of the players who showed in training how professional he is and how much he loves the game.

“He had moments when he played like a magician.”

Mata is out of contract at Man Utd at the end of the season and looks almost certain that he will leave the club in the summer.

On Mata’s future, Rangnick added: “I don’t know [if he’s leaving]. He hasn’t confirmed that but it is possible.

“It was an important night for players who have been here quite a long time and played well for the club.”

Phil Jones, who has also struggled for game time in recent seasons, got on the pitch for the final 15 minutes in what is likely to be his Old Trafford farewell with Man Utd finishing the season with away trips to Brighton and Crystal Palace.

“For personal reasons he didn’t train a lot, yesterday was the first,” said Rangnick of Jones.

“He asked me to allow him some time at home. Tonight was one of those nights I would have loved to have five subs.”