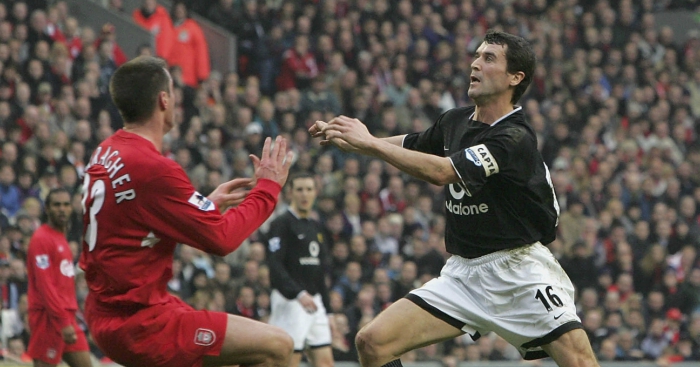 Moreno was at fault for two goals as Liverpool let a three-goal half-time lead slip against Sevilla on Tuesday.

Carrager laid into the Reds, explaining that he wished he could swear, and singling Alberto Moreno out.

The legendary defender said “it was like watching children play” – a line so good that Keane had to take it for himself.

“What he did for the penalty, you wouldn’t see a child doing it,” he told ITV of Moreno.

“It’s pure madness for an international player to do that.

“I know it’s a team game, but sometimes you have to point the finger and say ‘you’re killing us, you’re costing us’.

“Liverpool will win a lot of football matches, but when it comes to the big games they’re going to come up short because they’ve got a couple of defenders who just aren’t good enough and they’ll always get found out.”