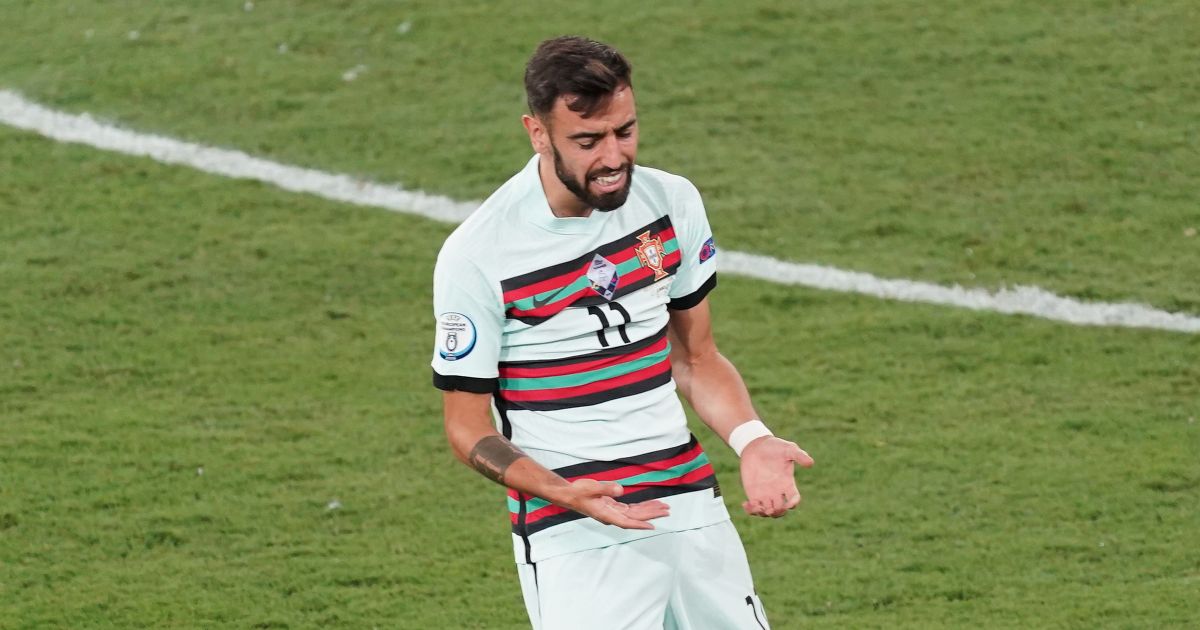 Roy Keane is concerned with Bruno Fernandes’ “body language” as the Man Utd midfielder came off the bench in Portugal’s loss to Belgium at Euro 2020.

Belgium edged out holders Portugal to reach the quarter-finals of Euro 2020 and set up a tie against Italy.

Thorgan Hazard scored a stunning goal but Belgium needed to defend doggedly – and ride their luck – under heavy pressure late on to hang on for a 1-0 victory in Seville on Sunday.

Belgium hoist profligate Portugal by their own petard

After a long season at Man Utd, Fernandes has been poor for Portugal at the European Championship and was dropped by Fernando Santos for their last group match against France and the loss to Belgium.

Fernandes did come off the bench in both matches but Keane doesn’t think the Man Utd midfielder has looked himself.

Pondering a possible penalty shootout, Keane told ITV: “There are other options instead of Fernandes.

“His body language hasn’t been great and the worry for Portugal will be if it turns into a shootout, he has plenty of players to call upon.”

And fellow pundit Ian Wright agreed, he said: “Fernandes has played so many games this seaso. He is looking very tired during this competition and you can tell the difference with [Kevin] De Bruyne.”

That comes after Jose Mourinho laid into Fernandes for his display in the first two group games, with the former Man Utd and Chelsea boss criticising him for “not playing”.

“Portugal at its highest level can beat anyone,” Mourinho told talkSPORT . “But we need to play with eleven players, in these two matches Bruno Fernandes was on the pitch but not playing.

“He has a lot to give, but the reality is in these two matches he was not there. Portugal has three fantastic attacking players, Bernardo Silva, Cristiano (Ronaldo) and (Diogo) Jota.

“We need that connection, but until now Bruno is not playing.”