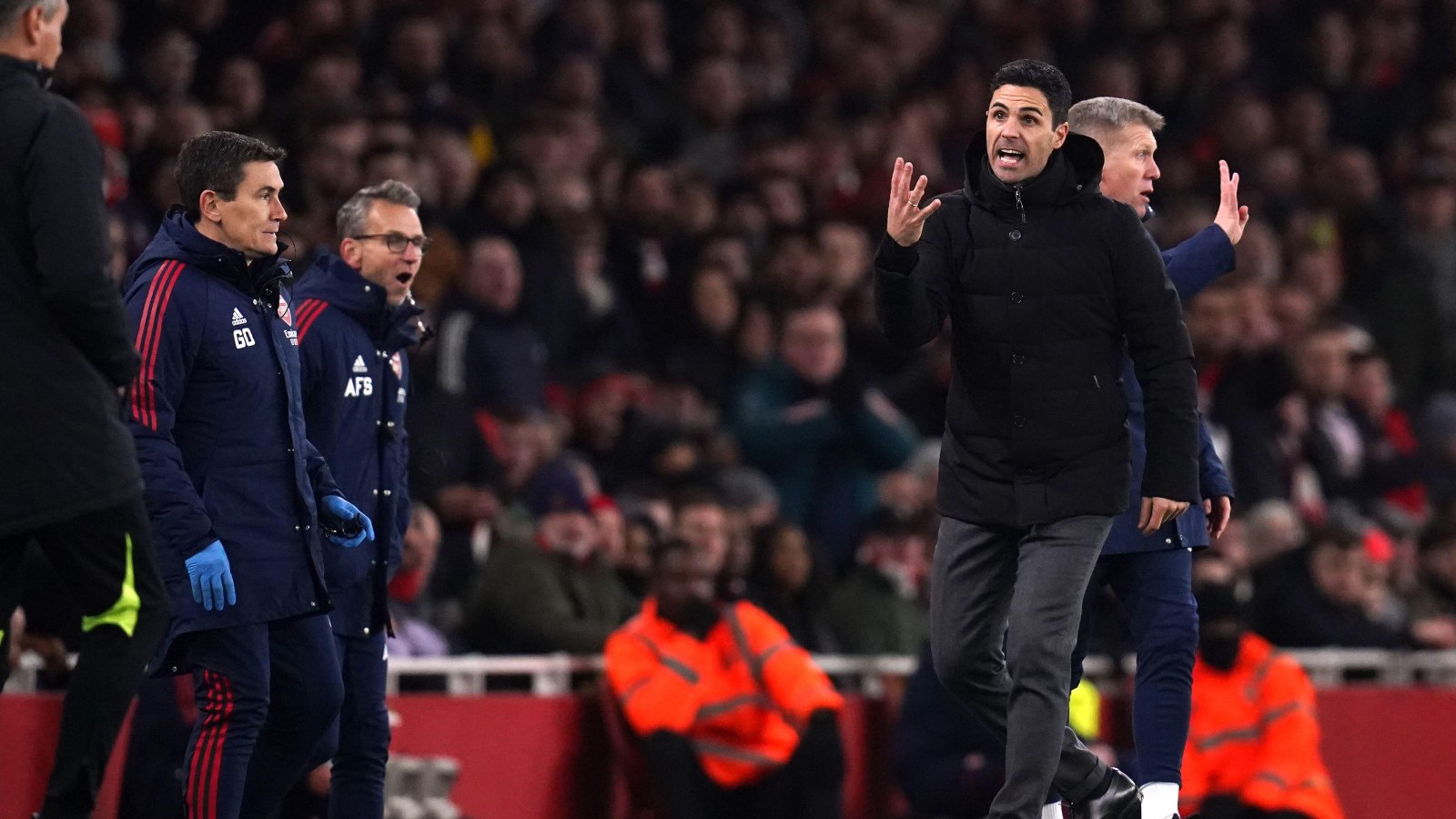 Former Manchester United midfielder Roy Keane has defended Mikel Arteta over the touchline antics which earned the Arsenal boss a booking on Sunday.

The Gunners beat the Red Devils 3-2 on Sunday with an Eddie Nketiah brace and a brilliant strike from Bukayo Saka cancelling out goals from Marcus Rashford and Lisandro Martinez.

Arsenal have established a five-point lead over second-placed Manchester City, who they have a game in hand on, with the Gunners on course for 100 points if they mirror their results from their first 19 matches in the second half of the campaign.

Arteta has been extra passionate on the touchline this season, coming in for a bit of criticism in some quarters for his antics but former Man Utd midfielder Keane has defended the Arsenal boss.

After Arteta had picked up a booking for remonstrating with the fourth official, Keane said on Sky Sports: “Well I certainly wouldn’t worry about yellow cards, it’s the reds that you’ve got to worry about!

“But from the Arsenal point of view I think they’d be OK with it, because he’s obviously passionate and you’re not in this job to be liked!

“He’s there to win football matches for Arsenal and that’s what he’s doing.

“Listen, he’s got the yellow card, he has to take his medicine, but I generally have no problem with it.

“We see other managers doing stuff that we might not always agree with but they’re emotional, they’re passionate and I think that’s just because he wants to win. I wouldn’t be too harsh on him.”

Richard Keys has been the most vocal pundit in his criticism for Arteta with the former Sky Sports presenter slamming Arteta’s touchline behaviour on a number of occasions.

One of Keys’ blog posts in November read: “Someone please have a word with Mikel Arteta. Right now he’s the most irritating coach of the lot. Sit down man – and if you can’t do that – stay in your own technical area. I say this because someone is going to get hurt soon as a result of his antics.

“There are good reasons coaches are asked to stay in their technical areas – safety is one issue. Graham Potter is clearly in his area. Arteta is not only out of his – but he’s on the touch line almost in front of the Chelsea bench. Why? And why is the 4th just watching – doing nothing?

“I had a mate text me after I’d pointed this out in a tweet on the day saying ‘agree – let’s see if he’s doing this when they’re sixth in March’. Harsh – because I think they’re in with a shout now. But sit down Arteta.”

Pointing at Keys, McAteer said on beIN Sports: “That’s you that, highlighting it.”

To which Keys respondded: “It’s him behaving like that. I’m sitting here 3500 miles away. Nothing to do with me.”

Fellow pundit Andy Gray added: “What influence do you have, fella?”