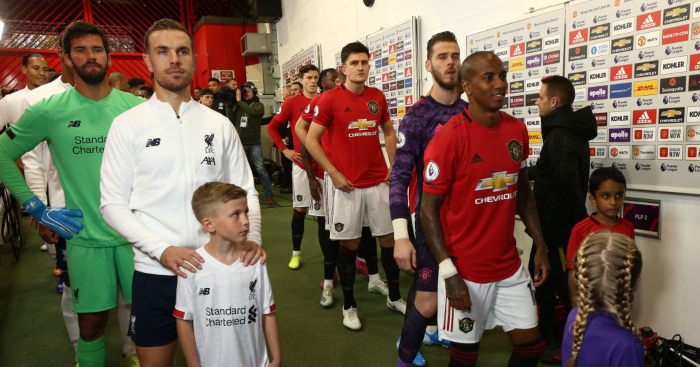 Roy Keane was “disgusted” at the pre-match “hugging and kissing” between Manchester United and Liverpool players on Sunday.

Back in 2005, Keane was involved in an infamous tunnel bust-up with Patrick Vieira at Highbury ahead of a match between Arsenal and United.

However the scenes were very different on Sunday, as some of the United and Liverpool players were seen embracing in the tunnel, much to the despair of former United midfielder Keane.

“They’re hugging and kissing – don’t even look at the opposition, you’re going into battle with them.

“The players have changed. You’re going to war with these players and they’re hugging each other.