Home All The News Keane: Everton have too many scientists 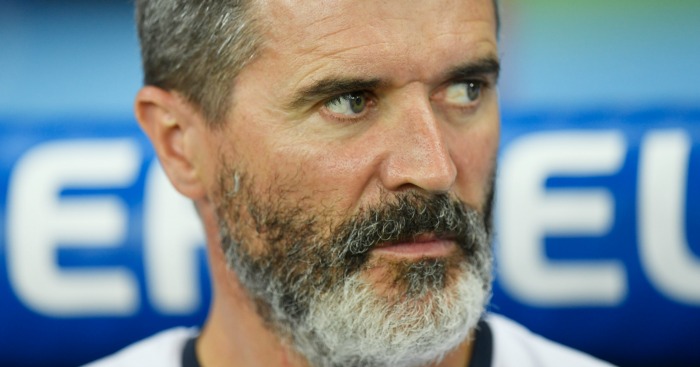 Roy Keane has told Everton’s “scientists” they have nothing to fear from James McCarthy’s involvement with the Republic of Ireland.

Ireland manager Martin O’Neill and Toffees counterpart Ronald Koeman have become embroiled in an increasingly tetchy stand-off over the 26-year-old midfielder, who met up with his international team-mates this week under instructions to put club before country.

McCarthy is yet to play for Everton this season because of a knee injury, and has previously angered the Dutchman by aggravating groin and hamstring problems while with the Republic.

However, O’Neill’s assistant Keane said: “James seems to be getting a lot of injuries at Everton, so I don’t think we’ve anything to worry about in terms of how much we push James.

“To be fair, the medical staff are overseeing all of it and they’re in contact with Everton and all their scientists. I think they’ve more scientists involved now than there needs to be.

“Then he can go back to Everton and we’ll see how their scientists deal with it because he seems to be picking up a number of injuries at Everton.

“I said it the last time, I always think clubs, as much as they look at what we’re doing, they certainly have to have a look at what they’re doing themselves.”

O’Neill could do with having McCarthy available for Friday night’s World Cup qualifier against Moldova and the potentially decisive clash with Wales in Cardiff three days later after losing Robbie Brady and James McClean to suspension and Jonathan Walters to injury.

There is an acceptance within the camp that he is an outside candidate for the games, but he is yet to rule himself out or be ruled out by the medics.

Keane said: “You’ve got to be careful with how much work you do, but having said that, you’ve got to go out and train. In professional football, you have to train and take some sort of risk as to pushing your body.”

Asked about the frontman’s admission that he was “star-struck” when he met the former United skipper on the flight to Dublin, Keane replied: “Listen, that will soon change.

“After a week working with me, that will soon change. He’ll wish I’d never met him. That’s what most people say after a week.

“No, it’s nice to have him in and involved. The fact that he is a United fan is irrelevant. He’s now an Irish player and we are glad to have him on board.”