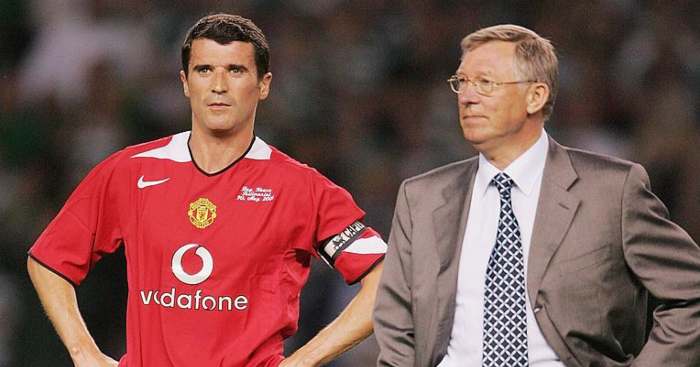 Roy Keane says it is “nonsense” that former Manchester United boss Sir Alex Ferguson was one of the best man-managers that football has ever seen.

The United great gave an infamous interview with MUTV 14 years ago, where he hit out at a number of his Red Devils team-mates and even fired shots at his manager.

However, his words left Sir Alex furious and Keane was subsequently called in for showdown talks alongside his agent and United’s chief executive David Gill.

The Irishman stormed out of that chat after he was told his current contract, which only had months remaining anyway, would be paid off and that he would never play for United again.

Keane did eventually apologise to Ferguson and his assistant Carlos Queiroz, having also had a run-in with the Portuguese coach.

In his autobiography, Keane said: “I apologised but afterwards, I was thinking, ‘I’m not sure why I f***ing apologised’.”

Ferguson was also critical of his former midfielder in his 2013 autobiography, with Keane also making some disapproving comments since.

And now Keane has questioned whether Ferguson had the best interests of United at heart.

“I wouldn’t forgive Ferguson. The media spin, how I apparently upset everybody, it was all nonsense,” Keane told Off The Ball.

“I don’t care if it’s Alex Ferguson or the Pope, you’re going to defend yourself.

“People talk about Ferguson’s man-management. Nonsense. People said he always had the best interests of Manchester United at heart. Darren Ferguson [his son] won a medal. He was very lucky.”