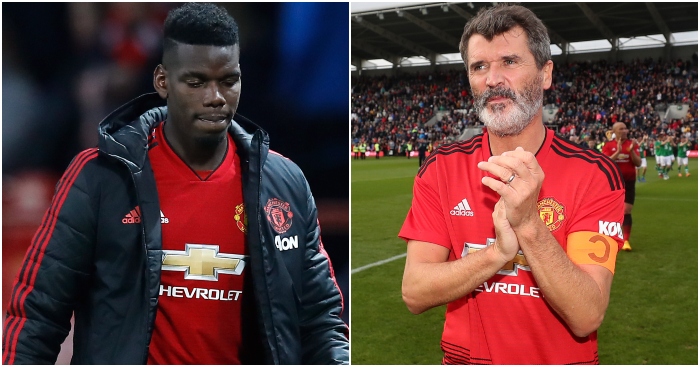 Roy Keane has reacted exactly as you would expect to the sacking of Jose Mourinho by Manchester United – by castigating the footballers who have “thrown him under a bus”.

Keane – who may be a tad jealous that his old teammate Ole Gunnar Solskjaer has been put in temporary charge of the club – spoke to Adrian Chiles on BBC Radio 5 Live about modern footballers.

Since Mourinho’s sacking, there have been stories about both Paul Pogba and Alexis Sanchez celebrating his sacking.

“You would fall out with these players,” he said. “The players got away with murder. They hide behind the manager. They have thrown him under the bus.

“Players who turn up overweight, do not train properly and are not producing – for some to down tools, shame on some of those players. I am not José’s biggest fan, but I can’t tolerate footballers who hide behind agents, their pals in the media – it is a bit of a joke.

“Whatever has gone on at the club, when you go on the pitch – particularly at a big club like United – you go out and give your all, no excuses.

“This idea that these players are upset … it is not just United, but the modern player. They are not just weak players, but are very weak human beings. You cannot say a word to them. Players are quick to hide behind social media, their cars and their girlfriends, the whole lot.”

Roy Keane, former #ManUtd captain, gives a scathing verdict on the players' behaviour over the Mourinho sacking, in an interview with Adrian Chiles.

"Shame on some of those players… The players get away with murder.”

“I can’t tolerate players that hide behind their agents.” pic.twitter.com/Z459MUrCYU