Home All The News Keane: I hope Ireland’s O’Shea is a head-case at home 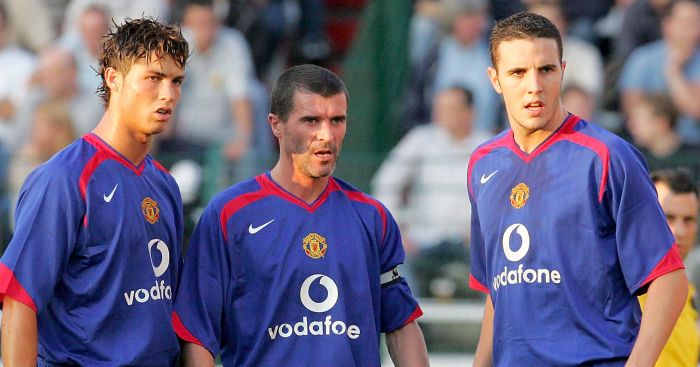 Roy Keane has joked that he hopes former team-mate John O’Shea is a “head-case” at home after seeing him negotiate a stellar career with the minimum of fuss.

The Sunderland defender will make his 118th and final senior appearance for the Republic of Ireland against the USA on Saturday evening after announcing his retirement from international football.

Keane, Ireland’s assistant manager, played alongside the 37-year for both their country and Manchester United and was impressed as much by his mental strength as much as anything else.

He said: “I remember him as a young player at United and thinking, ‘This kid’s got a chance,’ decent player.

“Strangely enough, he always seemed really balanced. We’ve talked about all the pitfalls in football, but John always seemed to be really switched-on.”

He added with a smile: “But listen, he could be a raving lunatic when he’s at home in the evenings – I hope he is.

“I hope he’s a head-case and we’re all proved wrong when he’s locked up in six months and we’re all saying, ‘Jesus, I never saw that coming.

“No, but I don’t think so. He’ll probably have a nice steady life, probably become a coach or a pundit.”

O’Shea won five Premier league titles and the Champions League during a trophy-laden 12 years under Sir Alex Ferguson at Old Trafford, and helped Ireland reach the finals of Euro 2012 and 2016.

On the international stage, he has been a key member of a core group of players, which also included Shay Given, Kevin Kilbane, Richard Dunne, Damien Duff and Robbie Keane, which has represented the nation with distinction.

Even in recent years when his services on the pitch have been required less frequently following the emergence of players such as Shane Duffy, Ciaran Clark and Kevin Long, O’Shea’s experience and know-how have proved invaluable.

Keane said: “Brilliant pro. Great lad. It’s a nice send-off for him, but he’s had a good innings and you couldn’t begrudge him the nice send-off that he’s going to get.

“We have good memories of Shaysie, a good pro, a good lad and we’ll miss him, just like we miss Robbie and Shay and all of those guys.

“But it’s all par for the course. You’ve seen these guys come and go. John certainly deserves the praise he gets because he’s a good lad, a good pro, a really good player.”