Home All The News Keane: I’d be ‘perfect fit’ for Liverpool, I play like Firmino 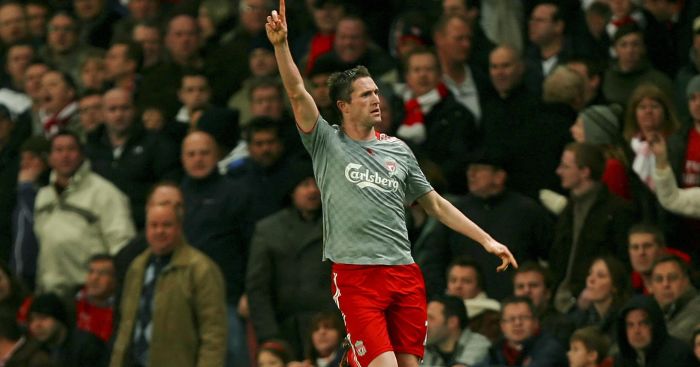 Former Liverpool striker Robbie Keane thinks he would slot into the current front three seamlessly as Jurgen Klopp’s system is “a striker’s dream”.

The Dubliner is the Republic of Ireland’s all-time leading goalscorer with 68 goals while his club career saw him play for 11 clubs, including Tottenham, Inter Milan and LA Galaxy.

Keane scored just seven goals in 28 appearances for Liverpool in his brief stint at Anfield after a £19million plus add ons move from Tottenham.

“The way the Firmino plays is very similar to my game. I like to drop off, in that number ten role, and if you’ve got two players who are that quick to play in on either side of you, it’s a striker’s dream.

“The problem that other teams have is that, already when you play against them, you’re on the back foot straight away, because of how quick they are and how direct they are when they’re getting in behind with balls in-between the lines.

“We’ve seen it against top teams this week in Tottenham and PSG, they couldn’t deal with it. They create so many chances, they’re a horrible team to play against.”