Home All The News Keane: Imagine if Simeone was Arsenal manager… 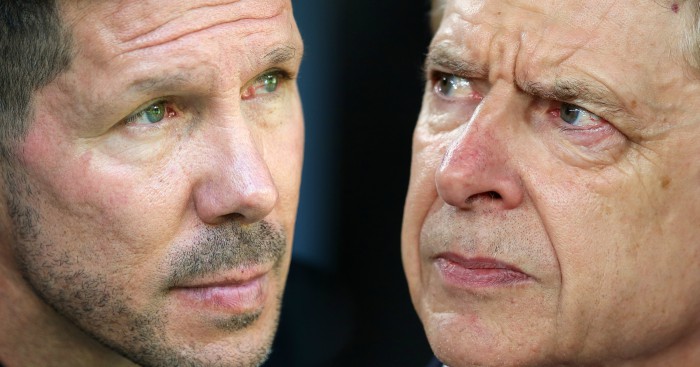 Roy Keane says there are “some tough days ahead at Arsenal” but the former Man Utd captain believes Diego Simeone would be a good replacement for Arsene Wenger.

Atletico Madrid boss Simeone masterminded the Gunners’ Europa League semi-final defeat which means Wenger will leave the Emirates at the end of the season with no trophy and their lowest league finish under his watch.

ITV pundit Keane believes Simeone would be a good replacement for the outgoing Arsenal boss.

“He is great to watch,” said Keane of the Atletico boss. “He shows passion, desire and he has done a great job there.

“Imagine if he was manager of Arsenal. They wouldn’t be giving goals away like they were tonight.

“They need to get the right manager in, they need funds, new players and new characters.”

Keane was typically brutal in his assessment of Arsenal’s performance at Atletico and their prospects.

“I think the players deserve what they got and that is nothing,” he said.

“The Arsenal players lacked belief. I have been critical of Arsenal over the last few years for a lack of leaders and characters, but tonight it hit home that they have a real lack of quality.

“They are so far behind Man City its untrue. Way behind United, Liverpool, Spurs and Chelsea. There are some tough days ahead at Arsenal.”

Quiz! How well do you know the career of Novak Djokovic? (Tennis365)