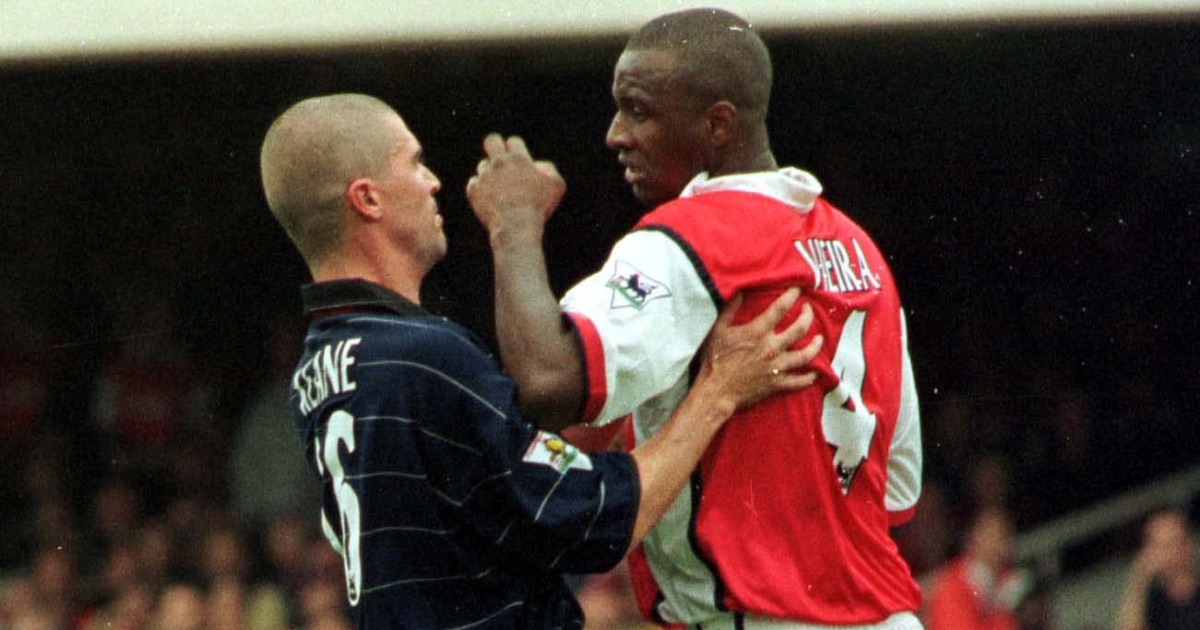 Roy Keane and Patrick Vieira re-lived and reflected on their infamous tunnel bust-up in their time with Manchester United and Arsenal.

An evening game at Highbury in 2005 saw Keane take objection to Vieira engaging in what he considered pre-game intimidation tactics of teammate Gary Neville, with referee Graham Poll trying to calm things down.

And 16 years later, Keane, Vieira and Neville watched the incident back while on ITV punditry duty.

MAILBOX: Follow Italy’s lead, Gareth… get Gazza on the bench

Vieira claimed it was Keane who initiated the angry exchange.

“I think it all started with Roy losing his temper,” he said.

Vieira then explained the issue he had with Neville, who he did compliment by saying one of his great strengths was “intimidating” other players.

The Frenchman added: “At that time, I was getting really frustrated at the number of challenges and fouls he was giving to our players.

“As a captain and a leader, I wanted to put him under pressure a little bit.”

Neville revealed that the dispute began as the players returned to their dressing rooms after the pre-match warm-up.

Neville said: “He [Vieira] was chasing me up the tunnel, screaming at me!”

Keane chimed in: “I was trying to mind my own business, but Patrick wouldn’t let it go – typical Arsenal bully.

“Then he started again in the tunnel just before the match and that’s where I got a bit irritated.”

Meanwhile, Neville claims Dominic Calvert-Lewin has no chance of an England start at Euro 2020 if Harry Kane remains fit.

“There’s not a chance that he would be subbed in a football match for England in this tournament,” Neville said. “He’s the best centre forward in the country by a mile.

“I like (Dominic) Calvert-Lewin a lot, I think he offers something off the bench, but there’s no way he would start ahead of Harry.

“His influences on the team, his performances, his goal record… even though he was quiet in that first game, he’s mentally untouchable.

“He will not break a stride after that game and think, ‘oh, I’m in bad form, the press said I didn’t play well’.

“He won’t think about it at all. He’s so sure-footed, he’s solid in his mind. He’s England’s best player by an absolute mile.”

Neville added: “Going into Euro 96, I don’t think Alan Shearer had scored leading up to the tournament. He’s the only striker, English striker, I’d put in the same category as Shearer.

“You just let them get through the patches where they might not score in three or four, trust them completely. They’re great performers and have to play.”