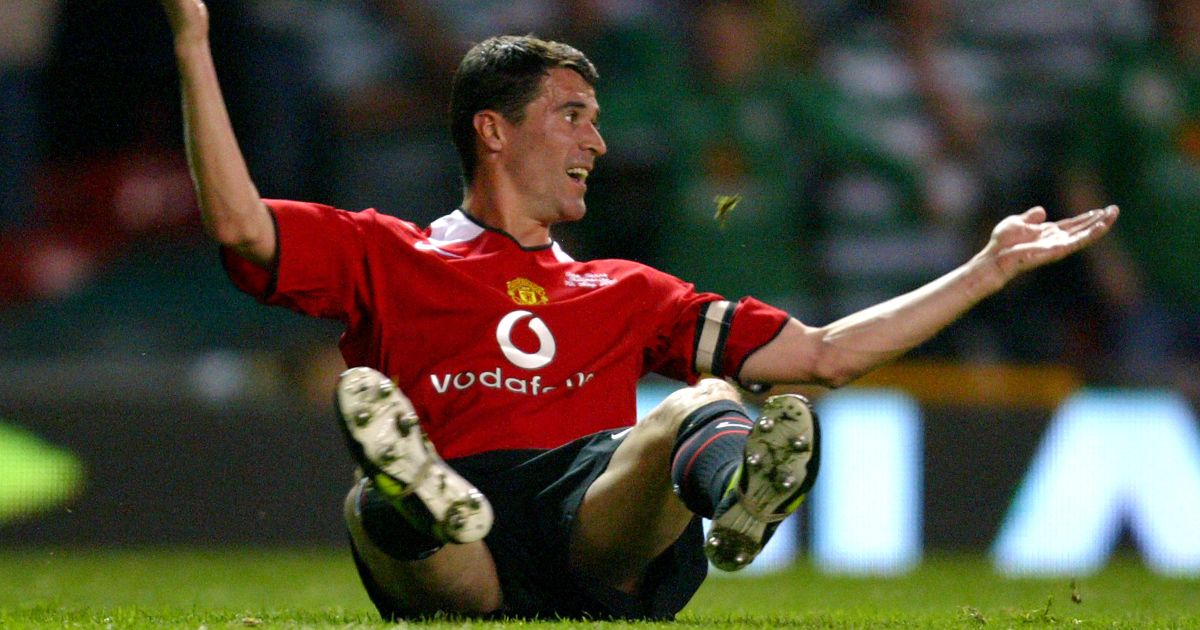 Man Utd legend Roy Keane has named Paul Scholes as the best player he played with in his career.

As well as his spell at Man Utd, Keane played for Cobh Ramblers, Nottingham Forest, Celtic and the Republic of Ireland national team.

His time at Old Trafford saw him play alongside some of the best players the Premier League has ever seen, including Ryan Giggs, Cristiano Ronaldo, Wayne Rooney and Peter Schmeichel.

When asked who the best player he played with was, Keane said: “If I had to pick one because I played in midfield with him…Scholesy maybe. Paul Ince was a really good player and obviously I played with Paul McGrath with Ireland.”

Episode 2 is all about iconic EUROs moments, from Gazza to Van Basten 🤩

Plus Roy’s take on fireworks, their favourite films and dream dinner party guests 🤣👌

Richards then asked him what it was like playing against Zinedine Zidane, to which Keane replied: “Oh it was tough, Micah.”

The ex-Man City man interjected: “Was he your toughest opponent?”

Keane added: “Yeah. Do you know why honestly? People still to this day don’t realise how big he was. When I played against him, you know I’m quite a small guy, I’m what 5’10?

“I’m really slight. People maybe think I look bigger on the pitch. The best thing when I used to play against Zidane, obviously at club level, I played against him for Ireland. The advice I would get from my friends in Ireland would be, the technical advice they would give me: ‘just kick him’.

“That was the technical advice. Just kick him. And I used to say ‘he’s 6’2, you know, he can deal with that’. And I think he’d been sent off eight or nine times. What he was, what I loved about Zidane, he was nasty.”