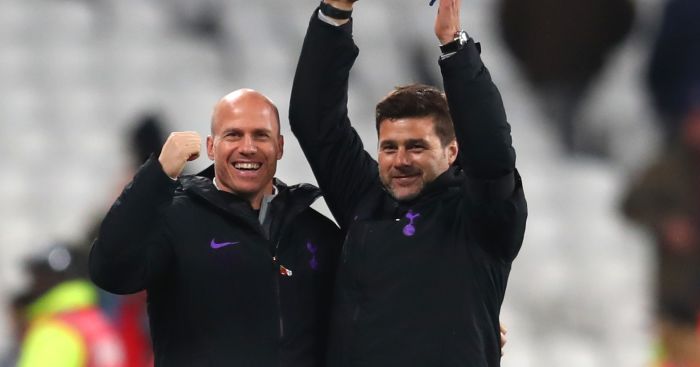 Roy Keane thinks Mauricio Pochettino would try to get players such as Paul Pogba back on side if he became Manchester United boss in the future.

Pressure is growing on Jose Mourinho after they lost 3-1 to arch-rivals Liverpool in the Premier League on Saturday – with Xherdan Shaqiri coming off the bench to score a second-half double.

The result leaves United in sixth place, 11 points off the top four and a huge 19 points off Jurgen Klopp’s men, who occupy the summit.

“I honestly think if Pochettino went in to Man United next summer, he would say we need some players to get Man United back to competing at the top level,” Keane told Sky Sports.

“I think he’d try and get some players more back on side, like Pogba – although I go back to it, he’s got to sort himself out.”

Fellow pundit, Gary Neville, agreed that recruitment would be key to turning around United’s fortunes.

“If you’re coming in as a manager of Manchester United and you’re a big manager coming in, you would look obviously in the dressing room but you’d also sort out above you,” Neville added.

“You’d want some decent scouts, you’d want to make sure you’ve got the right recruitment guy above you.

“Because Liverpool, City, Chelsea, Tottenham they’re hammering United hands down in the recruitment side of things.”