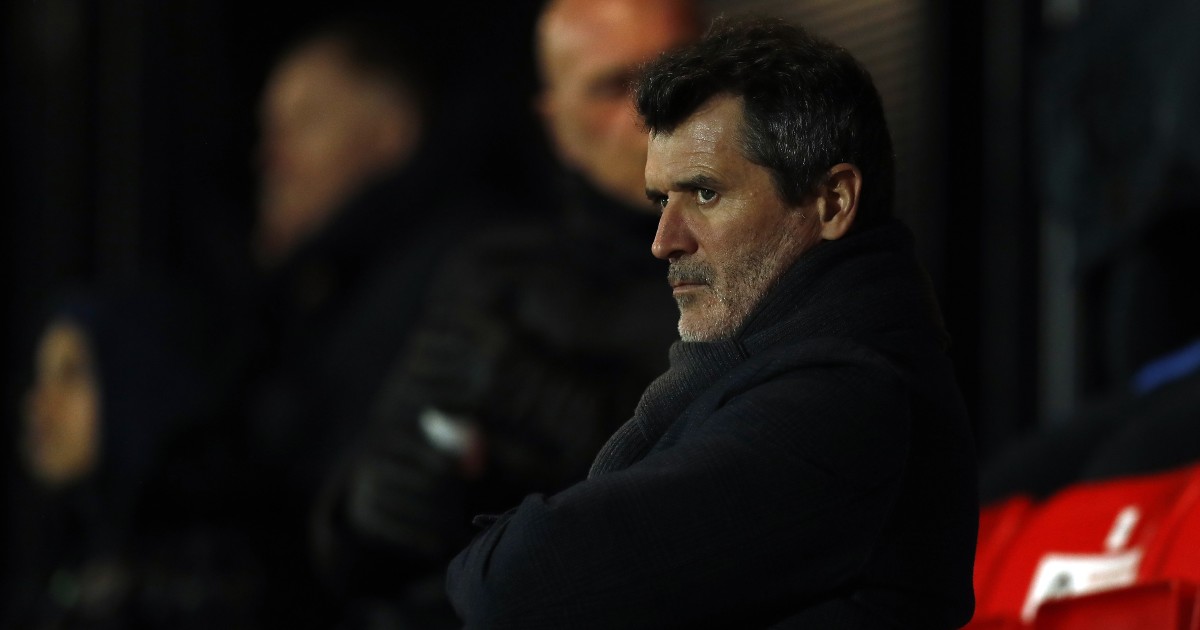 Roy Keane has laid the blame for Portugal’s Euro 2020 exit at the feet of Joao Felix.

Portugal had their defence of the European Championship crown they won in 2016 curtailed by Belgium on Sunday as Thorgan Hazard sent the Red Devils through to a quarter-final with Italy.

Fernando Santos’ side seemed destined to forever watch Cristiano Ronaldo slam free-kicks into the wall, with the Portuguese failing to score from their 21 shots on goal.

Felix, Bruno Fernandes and Andre Silva were all brought on in the second half and managed seven attempts between them. Keane reserved his punditry ire for the Atletico Madrid forward in particular.

“I get really annoyed with it, particularly when they’re quality players,” Keane told ITV.

“There’s no excuse for it, seeing players leaning back and just missing the target. At least test the goalkeeper. These are top players, no getting away from that.

“He comes on, your country needs you…hit the target! What was he? £100m? If I was Ronaldo I’d certainly be going after him in the dressing room. Shocking.

“Felix and Fernandes were driving me crazy.

“They’ve no one to blame but themselves. They fought like champions to be fair, but Portugal were just short.”

“‘When Felix, Fernandes and Andre Silva came on they had a bit more impetus in terms of progressing the ball and they may have put them under a bit more pressure,” he said.

“If they started with them and kept the same intensity in closing down, they might have missed a trick there as Belgium weren’t quite on it.”

But Wright did agree that some players – Diogo Jota in particular – were guilty of football’s most heinous crime.

“For me those two chances, especially with Jota, at this level you can’t be leaning back, you’ve got to hit the target.”