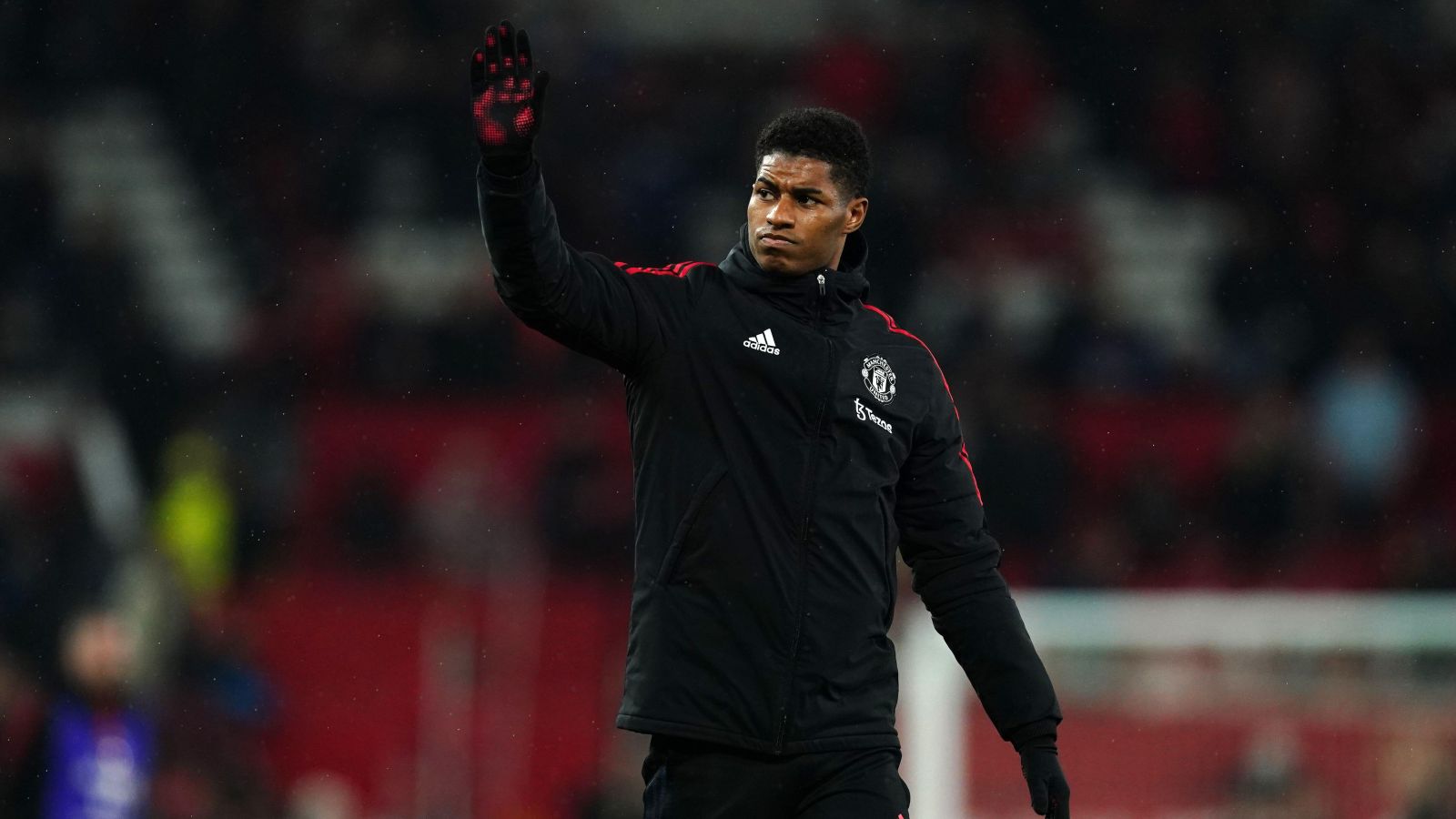 Roy Keane chose to criticise Marcus Rashford after Man Utd beat Brentford 3-0 on Monday night in a game the forward didn’t even play in.

The 24-year-old couldn’t have started the season better for the Red Devils after returning from a shoulder operation with three goals in his first four matches.

However, it has been downhill since then with the England international scoring just two more goals in his next 28 appearances in all competitions.

Rashford failed to get off the bench for United’s win over Brentford but he was still a topic of conversation for Man Utd legend Keane and his fellow Sky Sports pundit Jamie Carragher on Monday.

“He seems short on confidence,” Keane said on Sky Sports’ Monday Night Football. “I go back, I think he’s taken his eye off the ball, with all his off the field stuff.

“He’s got that experience, but he doesn’t mix his game. Even when he’s playing through the middle, I said he plays like a child [against Liverpool ].

“It’s like he’s not learnt from the game. I think he’s lost the eye of the tiger and he’s struggling to get it back. I think the hunger, he’s got to get the hunger back and make runs like Elanga tonight. Rashford has lost that hunger which is huge for a player.”

Roy Keane and @Carra23 discuss whether or not Marcus Rashford has “hit a ceiling” at Manchester United 🥵 pic.twitter.com/tgqt96i5fu

It was only a couple of weeks ago that Keane said that Man Utd forward Rashford “played like a child” in their 4-0 loss to Liverpool at Anfield.

“Rashford played like a child up front. Okay it wasn’t great service, but the one or two bits he got where he was in on goal and a poor touch.

“Defensively, we were trying to help Maguire out here before the match, give him a little bit of PR, but the last goal, Maguire’s passing and defending, not acceptable, not good enough for Man United.”