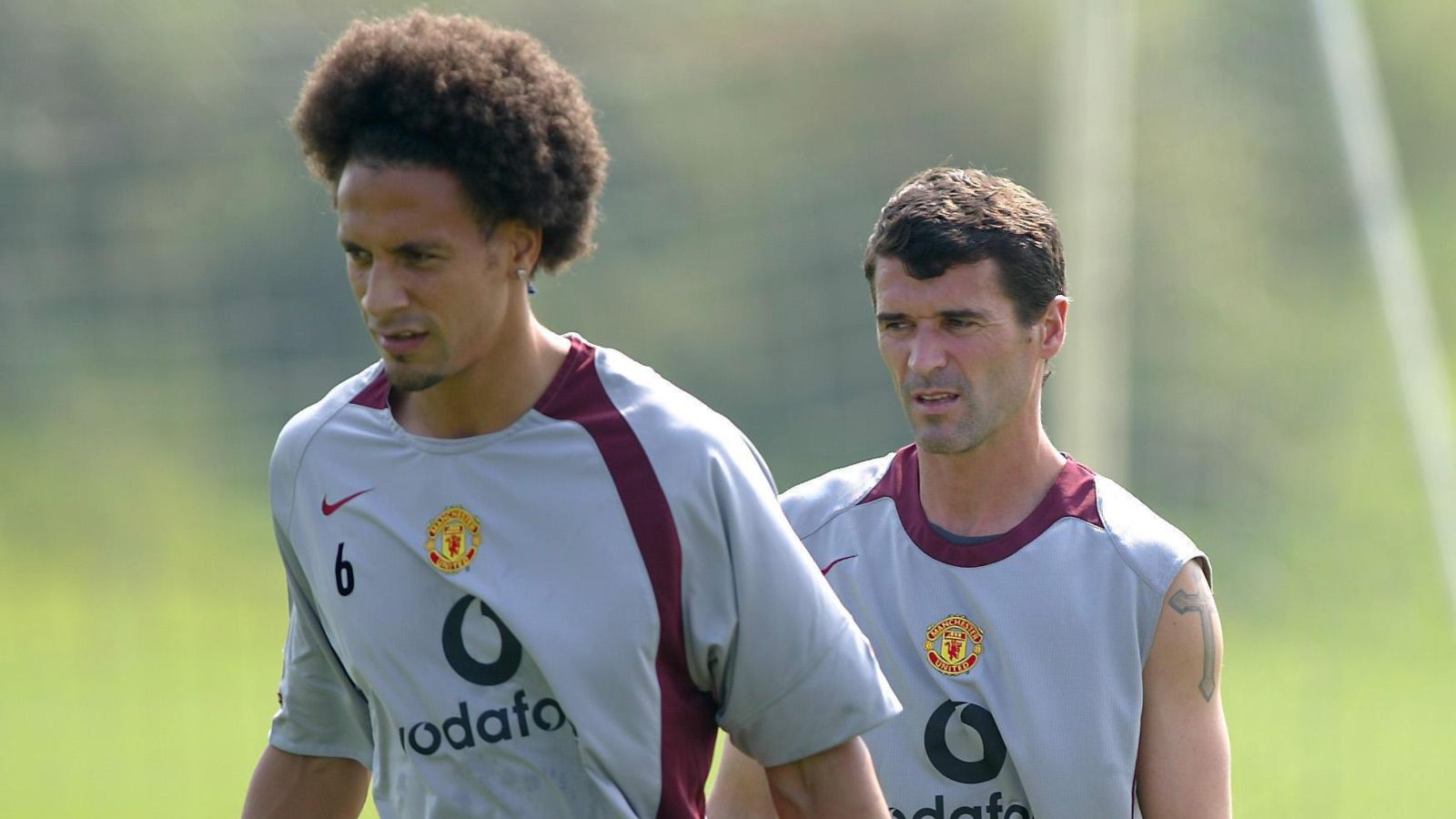 Roy Keane left out a number of big names, including Paul Scholes, Rio Ferdinand and Eric Cantona, from his greatest Man Utd XI of the Premier League era.

He played alongside a number of amazing players during his time at Old Trafford and Sky Sports asked him to pick his greatest Man Utd XI of the Premier League era on their Monday Night Football show.

And the Man Utd legend explained his decision to make Schmeichel the goalkeeper despite him not being “as good as everyone thought”.

“I don’t like upsetting my team-mates,” Keane said on Sky Sports’ Monday Night Football. “I had to leave out some brilliant players, brilliant characters, but obviously I’ve done it. Edwin [Van der Sar] was nearly a sparring partner.

“Goalkeepers get too much praise when they make a save. I had to go with Peter because he was very, very good – not as good as everyone thought, but very good.

“And obviously, I have good memories with him. He was a good character in the dressing room – me and Peter certainly weren’t the best of mates, absolutely far from it, but the most important thing I had for Peter – and all of my team-mates – was huge respect.

“He produced big moments and helped us get over the line in big matches, that’s the bottom line. Before you go into any match, you look over your shoulder at who’s in goal and you go, ‘yeah, I’m happy with him – we’ve got a chance.’ Peter would produce and help us get trophies.”

Keane selected Stam and Pallister as his two centre-backs but he felt harsh leaving Ferdinand and Steve Bruce out of his XI.

The former midfielder added: “Centre-back was probably the hardest one because Rio was excellent, Brucey was a good character. I just couldn’t leave Jaap Stam out. He didn’t play as many games as the other lads but he was big, strong, brave, brilliant at one-on-ones.

“The other one was an issue but I’ve gone with Gary Pallister. I’d probably say [it was between Pallister and] Rio. Rio was obviously a good athlete and read the game well but my relationship with Pally was pretty good as well.

“Did [Stam] have any real weaknesses? He could head it, he could leap, he could read the game, he was strong, aggressive, a decent lad. I got on really well with him. Unfortunately you try to move on, but Jaap was a brilliant player for Man United. Brucey was a good player and a brilliant player.”

Scholes and Nicky Butt were two more Man Utd legends to miss out on Keane’s team but he just couldn’t see past Robson and Ince in centre midfield.

Keane continued: “I’m certainly not going to pick myself. Bryan Robson has to go in there. Bryan was a great player for Man United, full of courage, scored some big goals for the club when Man United weren’t at their best. I had some brilliant days with Butty and Scholesy.

“Next to Robbo, I’m going to put Paul Ince. Incey was a very, very good player. Maybe he tarnished his United reputation; he ended up playing at Liverpool or wherever. When he was at United, there was all talk of Incey being the governor.

“People kind of held that against him but that was just banter, there was no nastiness with that. Incey was a really good teammate and a very good team-mate.”