Home All The News Keane: What would I say to Peter Schmeichel? F** all 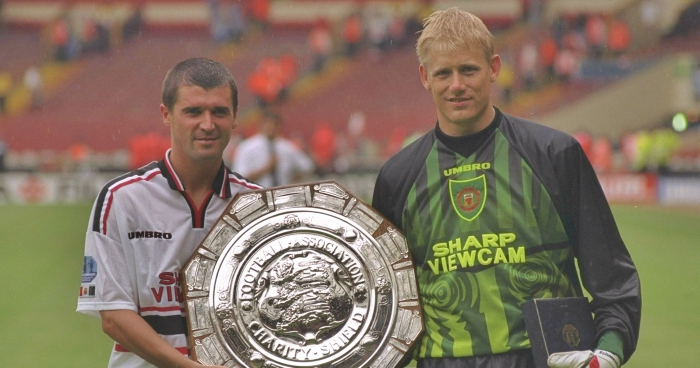 Roy Keane dismissed the idea of talking to Peter Schmeichel ahead of the Republic of Ireland’s World Cup play-off with Denmark.

Ireland travel to Denmark in the first leg of their play-off on Saturday, before playing the return leg next Tuesday.

Assistant manager Keane will not be seeking out former Manchester United teammate and Danish legend Schmeichel for a chat, however.

When asked what he would say to Schmeichel ahead of the game, Keane replied on Thursday: “To Peter? I would say f*** all to him.”

He continued: “What do you want me to say to him? Is he playing? He’s not playing. I’d say nothing to Peter. What could I say to him? I don’t keep in touch with Peter.”

Keane then made reference to an incident involving the pair on a pre-season tour of Asia in 1998, when he and Schmeichel engaged in a good old-fashioned show of fisticuffs. Which involved headbutts.

“He started it,” Keane said. “He said it himself, he held his hand up. I think he had two pints and got a bit brave.”

Here is a list of things that Roy Keane gets angry about.