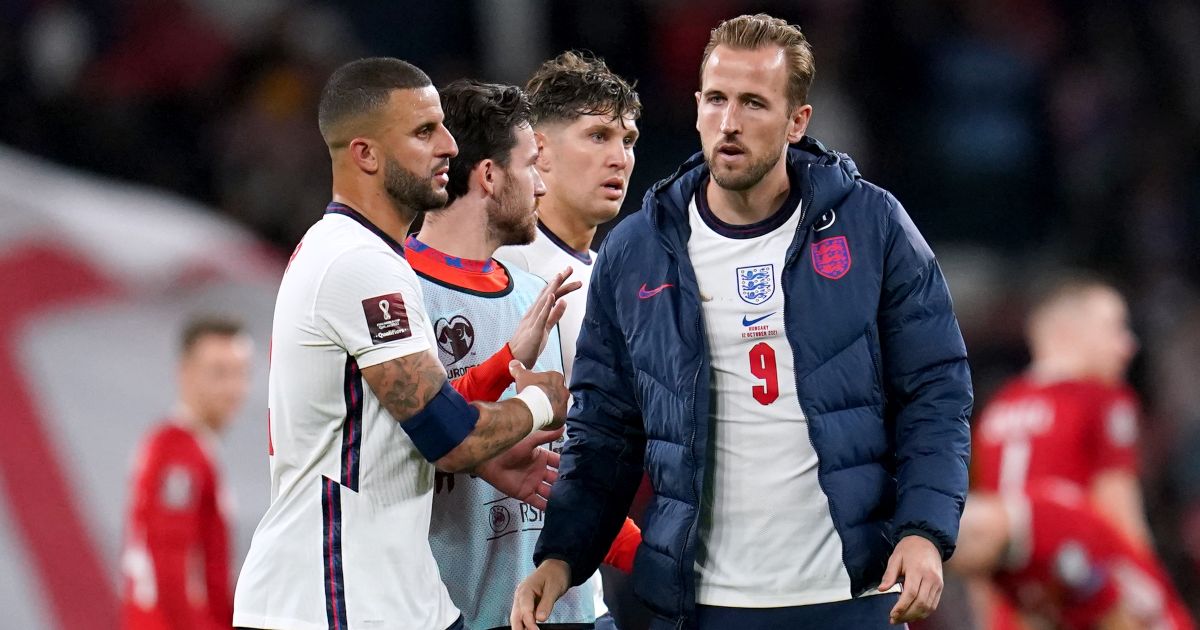 Roy Keane was frustrated to see England striker Harry Kane fail to “get up to speed with the game” against Hungary on Tuesday night.

The unbeaten Three Lions put in arguably their meekest performance of the year in Tuesday’s World Cup qualifier at Wembley.

England fell behind for the first time during this qualification campaign to a Roland Sallai spot-kick and failed to build on John Stones’ rapid leveller as the match ended in a lacklustre 1-1 draw.

Kane was largely out of sorts with his first touch letting him down on a number of occasions and former Manchester United midfielder Keane thinks Kane needs to do more in “general play”.

“There is no middle ground with Kane,”‘ Keane told ITV. “When he’s on fire he is fantastic and when he is off – and we’ve seen many times before – it’s like he is on his heels and he can’t get up to speed with the game.

“Whatever is going on at club level he does need to do a bit more when he’s not at his best in terms of general play.”

Former Scotland midfielder John Collins thinks Tottenham striker Kane is now on the decline as a player, he said: “He’s lost a yard of pace; I don’t see an acceleration or a sharpness. That sharpness, in my eyes has gone.”

🗣 “There’s no middle ground with Harry Kane. When he’s on fire, he’s fantastic – but when he’s off it… it’s like he’s always on his heels. He can’t get up to speed with the game.”

Do you agree with Roy Keane? 🤔 pic.twitter.com/fUo5mm0wrp

“We expect that of him every week, you go through patches,” Dixon also told ITV. “Everything in the summer, it’s all come at once for him. He’s dipped in form and the team didn’t create an awful lot today.

“He’ll start scoring goals again. I do agree with John, he’s lost that a little bit of sharpness, sluggish, shoulders down. ”

Ian Wright also gave his opinion on ITV, he said: “At the moment he’s not playing well. He doesn’t look sharp. He’s playing in a way which has not become of Harry Kane.

“He’s an elite striker and when he’s playing like this you are going to answer questions. But he doesn’t seem sharp – these instances where he should be staying onside, to get the opportunity, but he’s going deep and at the moment he doesn’t seem at the right place.”