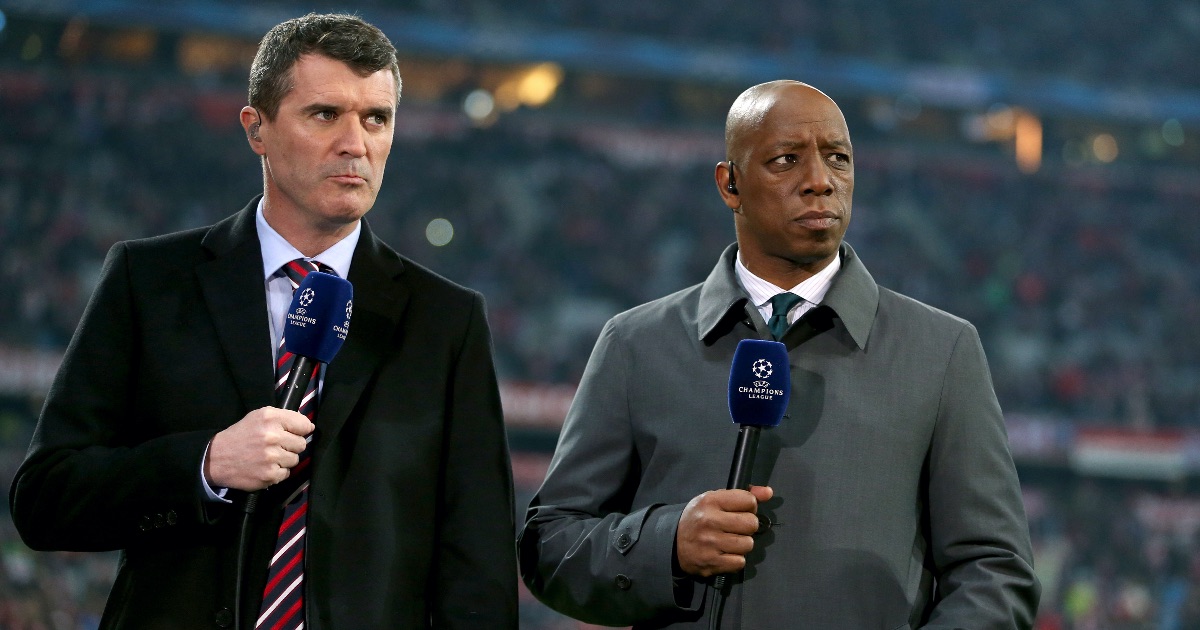 Roy Keane and Ian Wright disagreed over who was to blame for the sloppy goal England conceded against Poland on Wednesday, with Wright claiming Nick Pope was at fault and Keane insisting John Stones simply got “bored”.

England game through their toughest test of the international break, but had to rely on a late Harry Maguire goal to maintain their 100% record in the World Cup qualifiers after Stones gave the ball away to allow Jakub Moder to equalise for the Poles.

Stones is enjoying an incredible season for Manchester City and Wright believed it was Pope that was to blame for his “poor” pass to the centre-back.

“What we saw there, I’m quite pleased with Pope getting his chances but what we saw with the way he passed that ball to John Stones, obviously John Stones is going to get the blame for it, there wasn’t a lot going on, for me it wasn’t a pass that he should have made,” Wright said on ITV Sport.

“He passed it in a way that he had to deal with it. It was a poor decision for the goalkeeper to give him the ball in the first place. So I feel for him because he has had a great season and now people are going to judge him following that.”

But Keane disagreed, suggesting Stones is guilty of becoming “bored” at times, leading to mistakes.

“There was obviously parts of the game they were disappointed with. John Stones, some defenders do get bored and I think he may have that in his make up,” Keane said.

“I’m going to disagree with Wrighty, I don’t think it was the keeper’s fault tonight.

“Okay, he didn’t give him a great ball but Stones is used to playing out from the back with Man City. Lack of concentration, Stones got bored. That’s why they gave away the goal. I wouldn’t blame the goalkeeper for that.”

Ashley Cole was left on the fence over the equaliser, adding that both players could have played it differently.

“From minute one of that second half Poland were on the front foot,” he said.

“For me Pope should be playing that a bit harder, Stones has to go towards the ball and give himself time and from there it’s about the decision making.”

Stones atoned for his part in the goal, heading a corner back towards Harry Maguire who fired England to victory.

And Southgate praised Stones’ “composure” to respond with that crucial contribution.

“Obviously to concede a goal like we did can hit the team but we stuck at it, we recovered our composure and got the winner,” the England boss said.

“He’s managed to compose himself for the rest of the game and had a part in the winning goal. You can fold in those moments but he responded well. He has had a really good season, he made a mistake tonight he knows that but he composed himself in the game.”

Keane praised Southgate for “finding a way to win”, claiming they are “already in the World Cup” after three wins in the international break.

“At the end of the day they got the job done. Gareth’s job is to win football matches and I will give them credit for finding a way to win,” Keane added.

“Credit tonight to England, they have learnt how to win football matches. Looking at that group, England are already in the World Cup, keep that momentum up now.

“I don’t think you can over analyse it. I think the players England have got, four at the back gives them foundation to win football matches.”