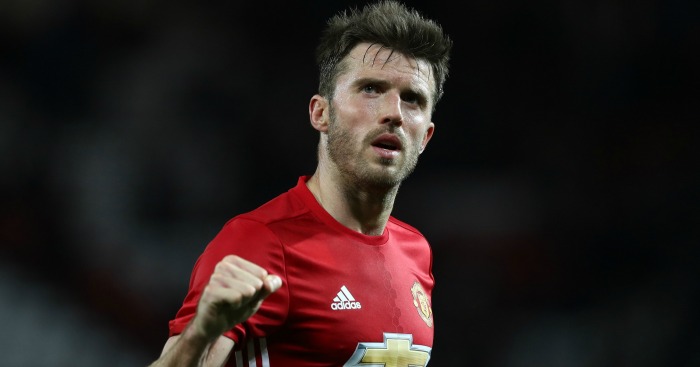 There are 59 Premier League players whose contracts are set to expire this summer. We take a look at which players each club should keep, and which ones they should ditch.

There has, as yet, been no official confirmation on the injured midfielder’s future – although updated squad documents released by the Premier League in January suggested that he has indeed agreed an extension. Not like Arsenal to be secretive over a contract decision.

He might have been included in the club’s Champions League squad in the winter, but this is surely the end for Yaya Sanogo. He will leave just 227 goals short of Thierry Henry’s goalscoring record.

Neither of the two players whose contracts with Bournemouth expire this summer are likely to be ushered out of the back door. At 37, Artur Boruc might be phased out as first-choice keeper, but both he and Andrew Surman remain valued members of Eddie Howe’s squad.

Someone has to break Adam Lallana’s monopoly on the long-distance running statistics. George Boyd is that man, and Burnley is probably still that club.

Paul Robinson signed a one-year contract for the newly-promoted Clarets last summer, while Joey Barton joined for six months back in January. To establish the club in the top flight is to improve upon those who are no longer of the required standard.

No player has played more minutes under Sam Allardyce than Wayne Hennessey, while Joe Ledley is useful enough. And I’m not brave enough to break the news to Damien Delaney, so he can stick around.

Time to be a little more cut-throat. The above sextet have a combined 198 Premier League appearances for them at Crystal Palace, with only 41 of those coming this season. Selhurst Park is home to more chaff than it is wheat.

Fate has dealt Arouna Kone a hand which puts him behind Oumar Niasse in the striker pecking order at Everton. And that is not a positive place to be.

Relegation might change the mind of whoever is in charge at the KC Stadium, but Brian Lenihan and Greg Luer would be lucky to survive regardless. We had completely forgotten about Shaun Maloney.

‘With a traditional 3pm Saturday kick-off, I’ll have a can of Red Bull as soon as I wake up, which is gone in 30 seconds.

‘I don’t have breakfast and won’t eat anything until I have a cheese-and-ham omelette with baked beans at 11.30am.

‘I wash that down with another Red Bull, which I also neck quickly.

‘While we’re waiting and killing a bit of time, I have a double espresso, normally with centre-half Marcin Wasilewski.’

Jamie Vardy will have to find a new partner for his remarkably healthy diet; Marcin Wasilewski has ‘earned’ one-year contract extensions in each of the past two seasons, but it will be difficult to justify the hat-trick when Leicester lift the Champions League in June.

How do you sack a guy who managed to get Marcin Wasilewski a Premier League winners medal?

Not as a first-choice centre-half, but as a valuable and versatile squad member. After all, if he leaves then Jordan Henderson becomes the club’s longest-serving player, which feels weird.

When it was reported in February that Jurgen Klopp ‘will audition his three goalkeepers’ during pre-season to decide which one will start the subsequent campaign, it felt like Alex Manninger’s Anfield spell had finally turned a corner. Then we all remembered that Danny Ward was out on loan and we lost faith in football all over again.

Pep Guardiola is rumoured to be considering shipping out 18 players as part of a Manchester City squad overhaul this summer. Pablo Zabaleta has proved he is useful enough to keep around for another season at least, while a Willy should never be tossed away lightly.

But said overhaul does need to start somewhere. The above quartet tick the boxes marked ‘over 30’ and ‘out of contract’ but, crucially, also the one with ‘not good enough’ written in bold on the side.

It is undoubtedly a tough decision, but Michael Carrick’s final chapter is already written. He turns 36 a month after his testimonial in June, and the emphasis is now on the future at Old Trafford.

While he played every minute of Middlesbrough’s promotion season in 2015/16, 38-year-old goalkeeper Dimitrios Konstantopoulos has not played a single minute of their subsequent Premier League season.

Hey, the Premier League needs at least one Curaçaoan superstar. Plus I still feel a bit guilty for leaving him out of this.

The last Premier League appearance any of Martin Caceres, Stuart Taylor or Lloyd Isgrove made for Southampton came in August 2014. These Saints will be marching out.

Both Glen Johnson and Charlie Adam play just enough to warrant the activation of their one-year contract extension clauses. No-one quite screams ‘ninth in the Premier League’ more than Phil Bardsley.

Surprising fact of the day: Stephen Ireland is only 30. Along with the two goalkeepers, he also has not been good enough for some time.

“You need a mixture of experience and youth to succeed in the Championship,” someone probably said at some point. Victor Anichebe, 28, and the nectary 22-year-old male ought to outlast their inspirational manager.

In order: Injured and unlikely to want to stick around in the instance of relegation, 31, 35, 35 and Joleon Lescott.

Garry Monk already tried to get rid of Gerhard Tremmel, releasing him from his Swansea contract in May 2015. He re-signed him on a two-year deal three months later. Just try and resist his charm, Paul Clement.

Not a single soul is walking the halls of White Hart Lane who has not recently had the arm of a beaming, besuited Mauricio Pochettino around their shoulder while they pretend to sign a nondescript piece of paper.

“The risk, as third-choice, is to become an introvert, someone who just makes up the numbers,” said Watford’s third-choice goalkeeper in October 2015. “I definitely don’t feel like that. I’ve got a lot to offer, off the field as well as on.”

One is the ever-present captain; the other is one of Europe’s best over-35 players.

Keeper Jack Rose is likely to be moved on, but Tony Pulis will be torn over his final decision on Jonas Olsson. Can he really let the contract of a towering centre-half expire?

Adrian ranked second and ninth in our countdown of the top ten goalkeepers of the past two seasons. He will be one of two Spaniards bidding a painful, tear-jerking farewell to the London Stadium this summer.