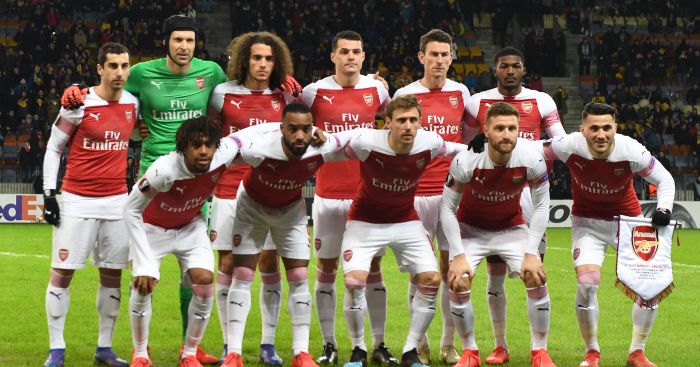 Martin Keown claims Arsenal’s performance in their 1-0 loss to BATE Borisov in the Europa League on Thursday night was their “worst performance” under Unai Emery.

Alexandre Lacazette was shown a late red card as a strong Arsenal side under-performed and were deservedly beaten 1-0 courtesy of Stanislav Dragun’s header on the stroke of half-time.

And Keown was disappointed with the response from the Gunners players in the second half after going behind.

“As poor as I can remember, certainly under Emery,” Keown said on BT Sport.

“It’s the worst performance we would have seen [under Emery].

“BATE, you have to give them credit of course, it’s a remarkable result for them.

“They sat on the edge of their box and Arsenal just didn’t have the penetration.

“There was sloppiness in their play. You can blame the pitch, which of course is a poor excuse, but you’ve got to be better than this as an Arsenal team.

“You would have expected a response from Emery, his team, he spoke to them at half time.

“On 70 minutes he then made the changes and had even more possession but so many stray passes.

“It’s concentration, being in the right place mentally and they’ve got it all to do in the return leg.

“I fully expect, as I did Arsenal to win tonight, of course win the second leg.

“But that is a very disappointing performance tonight.”