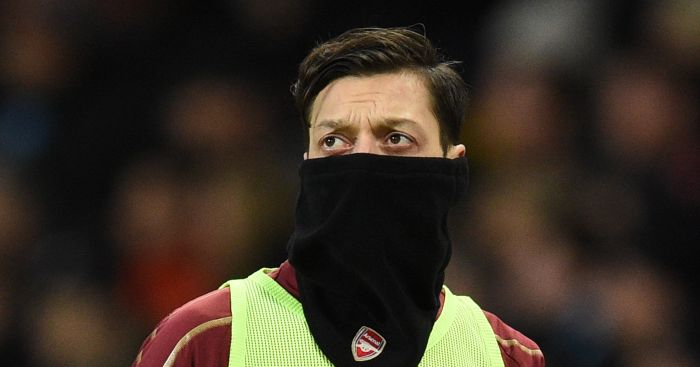 Arsenal legend Martin Keown has questioned why midfielder Mesut Ozil has played so little this season for the Gunners.

The German playmaker missed another big match on Thursday night when Arsenal lost 1-0 to BATE Borisov in the first leg of their Europa League round-of-32 clash.

Despite training all week, Ozil also missed their 2-1 win over Huddersfield Town at the weekend through illness and it’s understood he missed the BATE game for the same reason.

Ozil is the club’s top earner and Keown is worried at how the club are handling his playing time after he sat out his 20th match of the campaign.

“Is he injured? Is he ill? One of the things as a player is that you have to be available for selection and give consistency,” Keown told BT Sport.

“He hasn’t been able to give either of those so he has to work to get back in to the team.

“That’s what he has to do and what the manager wants him to do.

“It’s now becoming embarrassing, the situation and with no Ramsey too.

“We don’t know if he is really injured or not. To miss [so many games] is quite remarkable.

“I would say that is questionable but only the player really knows.”