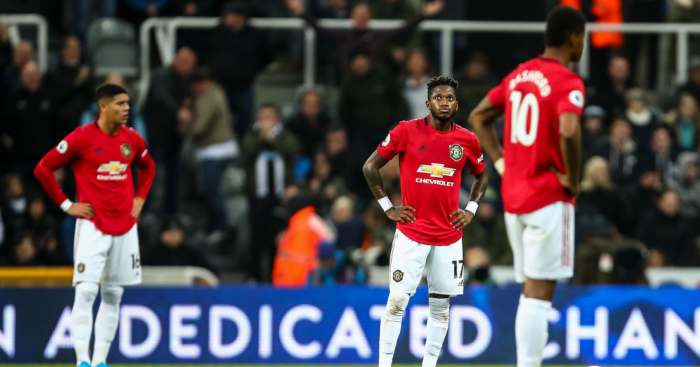 Martin Keown thinks Fred is “becoming a joke” in possession and that the whole Manchester United side is “inept” on the ball.

United boss Ole Gunnar Solskjaer was left facing more questions following an 11th successive game without an away win which leaves his side in 12th place – just two points above the bottom three.

Keown, giving his reaction to the performance, said on Match of the Day 2: “Daniel James must be thinking ‘who have I signed for here?’

“He’s their youngest player, but he’s their best player.

“They’re so inept in possession. Fred, it’s almost becoming a joke when he gets the ball. I know it’s good closing down but you’ve got to be able to control it and pass. If that’s the central midfield then there’s not going to be anything created.”

“They started playing balls long into Rashford and I feel sorry for him because he’s surviving on scraps. But he should do better. Look at his body language… I think he’s starting to despair with what’s around him.”

Keown added: “You start to look at where the system is… where’s the intensity? I think the belief is ebbing away and this could be the beginning of the end for this manager.