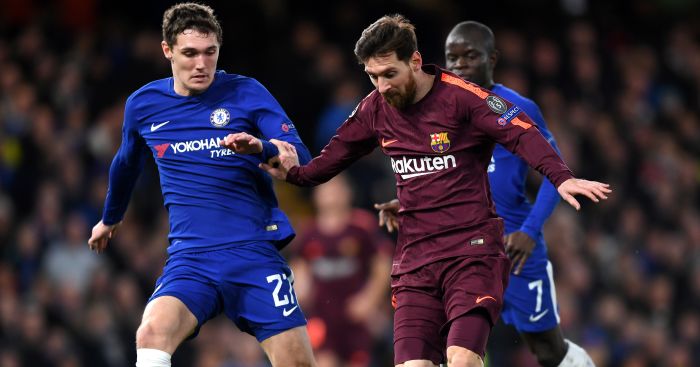 Martin Keown thinks Chelsea defender Andreas Christensen committed the “cardinal sin” against Barcelona by playing the ball across his own goal.

The Blues face an uphill battle to qualify for the Champions League quarter-finals after Willian’s strike was cancelled out by Lionel Messi on 75 minutes as the match ended 1-1 at Stamford Bridge.

Christensen’s misplaced pass along the edge of his own penalty area was picked up by Andres Iniesta, who pulled the ball back for Messi to score.

And Keown, who played in defence for Arsenal, thinks the centre-back showed his lack of experience against the La Liga outfit.

“One goal undid all their hard work and turned an excellent night into a bitterly disappointing one,” Keown told the Daily Mail.

“He played a blind pass across goal and it was duly punished — though Cesar Azpilicueta could have rescued his team-mate had he stayed on his feet, instead of diving in.”Playing across your own goal is widely considered the cardinal sin for a defender but, to be fair to Christensen, the modern centre back is encouraged to play out from the back and had his pass found a team-mate we would have thought nothing of it.

“The issue was that he was careless, too casual in a game where full concentration for 90 minutes was required.

“Aside from this passage of play, Chelsea very nearly did play the perfect game.”