Home All The News Keown thinks Townsend is better than Messi 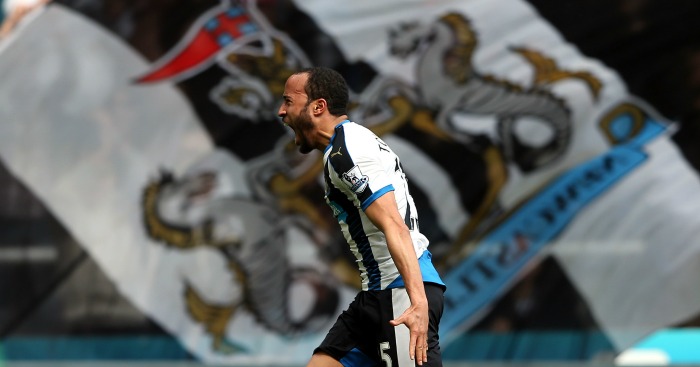 Martin Keown has said there “isn’t a better player in Europe” than Andros Townsend when he cuts inside on his left foot.

The BBC pundit was speaking on Match of the Day 2 when watching Townsend do his one trick of cutting inside and thwacking it towards goal.

It’s the perfect trick for a Newcastle side desperate for a hero but better than left-footed players like Lionel Messi or Arjen Robben?

“When he gets onto his left foot in these areas, there isn’t a better player in Europe,” said Keown, before going on to describe West Ham as the  “real surprise package this season”. Can anybody think of any other contenders for that honour?

"Once he cuts in onto his left foot there isn't a better player in Europe" Keown says of Townsend… Messi, Douglas Costa, Robben….

Keown on Townsend: "On his left foot [outside the box], there isn't a better player in Europe."

Think it's time pundits to be drug tested.

It was Townsend’s fourth goal in 11 appearances in a black and white shirt and his third in the last five, but it was by some distance the most important yet.

He said: “I have scored goals when we were 5-0 down and 3-0 down, then a third goal in a 3-0 win against Swansea. But this is what you live for, moments like this when your team really needs it.

“I’m glad to repay the faith and hopefully in the last two games, I can contribute with more goals and assists.”